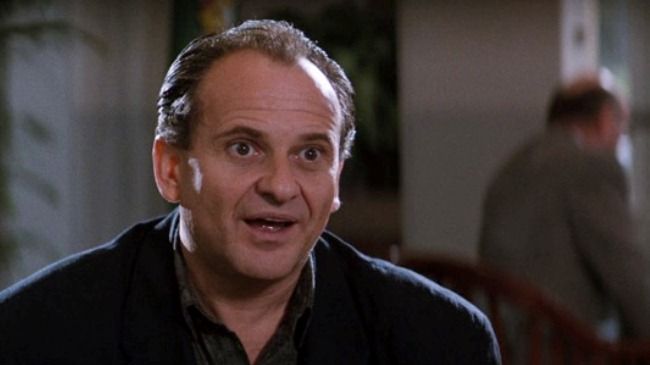 There are annoying characters in just about every decade whether they’re in a comedy, horror, action, or even drama. For some reason, these characters are deemed as necessary, but a lot of us would rather see them go away since at some point it doesn’t make any sense to keep them. But somehow they continue to be a part of the movie, usually because taking them out before the movie even started would have been a huge problem. But in a lot of cases, these characters could have been easily replaced during the writing of the script with someone else and it wouldn’t have been a big issue. People would likely have enjoyed the movies all the same without these characters and wouldn’t have known the difference. To be fair, some of them aren’t that bad, but the fact is that they’re either expendable or they outlived their usefulness after a few key scenes at best. Getting rid of them wasn’t really an option, but shoving them to the side did help occasionally.

Here are some of the most annoying comedy sidekicks of the 90s that we didn’t need.

Denise was the type of girl that was bored and so over with everything that she might as well have graduated early and taken off. For most of the movie, she’s little more than a sarcastic and very acerbic individual that hands out her opinion no matter if people want it or not. In fact, the only person that she’s there for is her friend Preston, and these are her best scenes. The love scenes she’s given with Kenny, played by Seth Green, weren’t even that comical apart from the moment when she barged in on him in the bathroom while he was trying to, well, get ready for someone else. Otherwise, her character was pretty flat.

Larry was definitely needed, or at least his character was, but as far as who played him and how much screen time they were given, he was completely expendable. He could have shown up for a couple of scenes and it would have been fine, but keeping him around for as long as the movie did caused it to feel as though he was being pushed when no one wanted him. During the final part of the movie when he gets up on stage to be auctioned off to any available women in the crowd, it was definitely a cringe moment since he wasn’t exactly a catch and everyone knew it before he even hit the stage. The sad part is that it was more cringe-worthy than funny.

This guy really didn’t do that much throughout the whole movie. In fact, the only really exciting thing he did was get high and then go crashing through a glass table. That was it, his whole arc, and by the end, he was in a wheelchair, couldn’t talk, and was basically a mumbling invalid. Not to sound cruel, but his role in this movie could have been taken on by just about anyone and it would have been just as effective since his lack of any real action or gravitas was so ingrained in his character that one might have to even think as hard as they can what he did that as so important within the story.

There were A LOT of useless cops in this movie since the city of San Angeles was essentially a happy happy joy joy place where violence was something that was observed in a museum and the world was essentially a whipped version of itself. Enter Simon Phoenix, played by Wesley Snipes, and John Spartan played by Sylvester Stallone, and things got a whole lot more exciting. But poor Officer Garcia was out of his depth when he was assigned as one of the officers that went with Spartan since in his first real fight he had clock cleaned pretty easily and didn’t really come back until the end. Meh, not a big loss.

Leo was getting old by this time and while he was entertaining with Chris Rock, or Lee Butters actually, he didn’t really need to be in this movie since he didn’t do much. He was a great distraction in the dentist’s office, but that was about it. He was great in parts 2 and 3, but by part 4 he should have had an extended cameo at best and then been allowed to just move on. Joe Pesci is great and I love the guy, but there’s a time when he needs to move on and do something else. The part of Leo was fun for a couple of movies, but that was about it.

Sometimes characters just kind of fade in terms of popularity, if they ever have it to begin with.