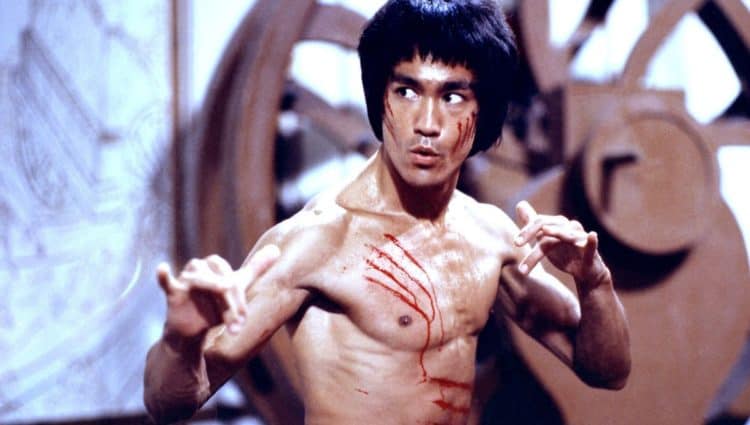 Enter the Dragon is one of the many movies that many people would cite as being one of their all-time favorites when it comes to action movies, and for good reason. To be fair, the era in which it was created isn’t quite as smooth when it comes to camera movement, but this is one of the things that a lot of people love about the movie since it gives a definite old-school feel that isn’t always found in movies today. The story that it portrays has been the inspiration for a lot of movies that have come after, even if a lot of people aren’t willing to see the fact that a lot of movies have copied this theme in their own way. It’s easy to see how some movies have gone on to create the same type of dynamic simply due to the fact that the movie wasn’t terribly complex but was definitely capable of keeping a person’s attention. For that reason alone it’s easy to state that there are plenty of movies that are pretty close in form to one of Bruce Lee’s greatest creations.

Here are a few movies that are very similar to Enter the Dragon.

Some people like this movie and some didn’t, but the fact is that it’s still pretty funny no matter how gross it gets in some spots. Randy Daytona, a world-class ping pong player, falls on hard times after the death of his father and his subsequent failure to win gold. Upon growing up and becoming a Vegas lounge act he’s recruited by the FBI to infiltrate a criminal organization run by the former student of the ping pong master that asked to train him. Randy enters the tournament to win, but also to avenge his father since the person holding the tournament that he needs to be invited to was the same one that killed his old man.

This one might be kind of a head-scratcher since it might not make a lot of sense, but the idea that Arthur needs to face his half-brother, who has the intent to start a war with the surface world for his own gain, is a pretty good reason for the character to stand and fight. This movie would have been inspired only in the vaguest sense no doubt, but it still stands out as the type of movie in which the hero absolutely needs to do something about the villain in order to bring them to heel. Plus, the moment when Arthur calls upon the horde of sea creatures definitely reminds me of the black-suited prisoners flooding into the arena during Enter the Dragon.

Again, this one is similar by the thinnest of threads since the activation of the trained weapon that’s played by Jesse Eisenberg isn’t really that similar, but the way he mows down his opponents is still reminiscent of a modern-day fighter that uses anything and everything at his disposal to make his way forward. Plus, the idea of a government being so heavily involved in the matter is another similarity that can’t really be ignored. Otherwise, it’s just fun to watch and think of what it might have been like had Bruce Lee managed to stick around for a bit longer, especially if his fighting style had continued to evolve.

Jin and Bruce Lee aren’t that much alike but the story of Jinn making his way into the tournament to make his way toward Kazuya and Heihachi is still something that bears some similarity. Plus, the increased danger that comes with each fight as things continue to get serious is hard to miss. But the thing about Tekken is that it could have been better by giving a little more exposition and perhaps increasing the efficiency of the choreography since some of the fights were great, but others were hard to watch simply because they weren’t that entertaining. But all in all, it wasn’t the worst movie ever.

This is like a juiced-up version of Enter the Dragon since instead of going after someone that disrespected a Shaolin temple, Liu Kang is going after the man that killed his brother and is posing a danger to Earthrealm as well. Shang Tsung was the original bad guy in the Mortal Kombat game, but when things were taken to another level and Shao Khan came in, the movie just started getting corny as hell. The initial movie wasn’t too bad since it was what we were given, it was new, and therefore it was kind of cool. But looking back at it now, the movie didn’t really age that well to be honest.

The whole idea of being sent to take care of someone and having to fight multiple opponents to make such a thing happen is a pretty popular theme in action movies.

Ethan Hunt vs. James Bond vs. John Wick: Who Wins?