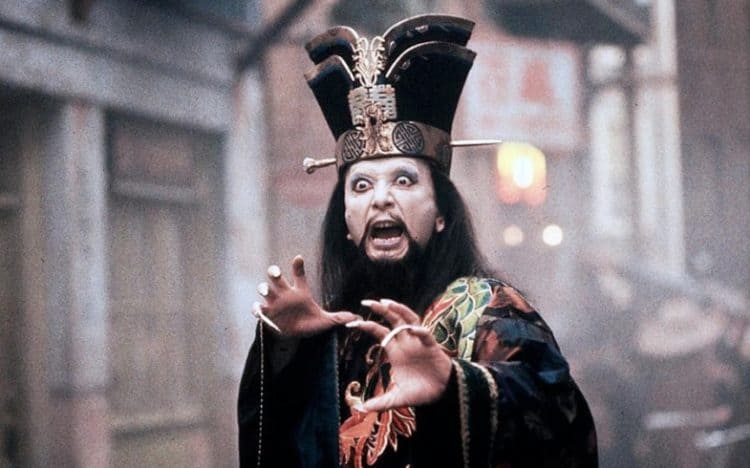 There are several actors that have been kicking around Hollywood for years without having a star on the Walk of Fame, but there are plenty of individuals that should have been recognized by now with this honor, and James Hong is most definitely one of them. The 92-year old actor has taken part in hundreds of movies as an extra or a supporting actor and has been absolutely great every time he shows up. Why he hasn’t seen his own star on the walk yet is kind of hard to figure out, but thanks to Daniel Dae Kim and many other interested fans, James will be inducted with the next group of celebrities to see their own star on the Walk of Fame, as his name will be immortalized in another way that people will be able to see on a regular basis. Given the number of roles that he’s taken on throughout his life it’s fair to say that this should have happened a lot sooner, and seeing other, younger stars take on this honor long before he was allowed to is a bit confusing. But focusing on the past at the expense of the present isn’t the point of this momentous event.

Looking back at some of the more impressive and overall fun characters that he’s helped to create sounds like a great way to justify his Walk of Fame star, and to talk more about James’ ability to entertain the audience. There are plenty of roles that a lot of people would want to talk about, but we’ll go over a few that are kind of near and dear to our hearts. One of the most obvious and favorite characters that he’s played over the years was David Lo Pan from Big Trouble in Little China with Kurt Russell. This towering character was fun to watch since he wasn’t just a ghostly emperor that was bent on regaining a flesh and blood body, he was a witty and arrogant individual that thought he was above it all and couldn’t be harmed. And Hong played him perfectly by adding in just enough of his own talent to a character that might have otherwise been kind of two-dimensional if not for James’ great sense of timing and humor.

The role of Snotty was brief and interesting in Revenge of the Nerds II: Nerds in Paradise, as he became Booger’s mentor in a very gross but hilarious way. But along with his more notable roles, these brief moments when he showed up in various shows have been great since they showcase his ability to practice comedy as well as drama. His role as Jeff Wong in Wayne’s World 2 was funny since it was so obviously over the top that it didn’t matter how corny it was, since watching Cassandra’s father and Wayne engage in battle was insanely funny even if it was worth an eye roll at the same time. Taking a look at his filmography one can see just how long he’s been in the business and that he’s been a busy man for most of his career since there are more credits to his name than many might ever gain in two lifetimes.

Another fun role in a rather silly but memorable movie was that of Master Wong in Balls of Fury, a movie about ping pong starring Dan Fogler and Christopher Walken. There are bound to be plenty of people that might say something about this movie in a negative manner, but Master Wong was great since as a blind ping pong master he doesn’t exactly instill a lot of faith in anyone that he’s as good as the movie makes us want to believe, but he’s definitely hilarious and plays his part perfectly. One thing about James’ roles is that unless it’s an absolutely serious and dramatic part, he’s bound to throw plenty of humor into the act since this is one of his biggest strengths and why he’s worth every accolade he’s been given up to this point. This star on the Walk of Fame is just one more way to honor a man that has essentially given his life to the business and has come a long way since his debut decades ago.

I would be remiss if I missed out on mentioning Mr. Ping from Kung Fu Panda, since James did take on the character of Po’s adopted father for all three movies, and was great doing so since he put a great deal of feeling into the role. If there’s anyone more deserving of this honor than James at this time it would be hard to find them, since this is something that James should have been granted a long time ago. Better late than never though, as this is well-deserved and is no doubt appreciated by many.