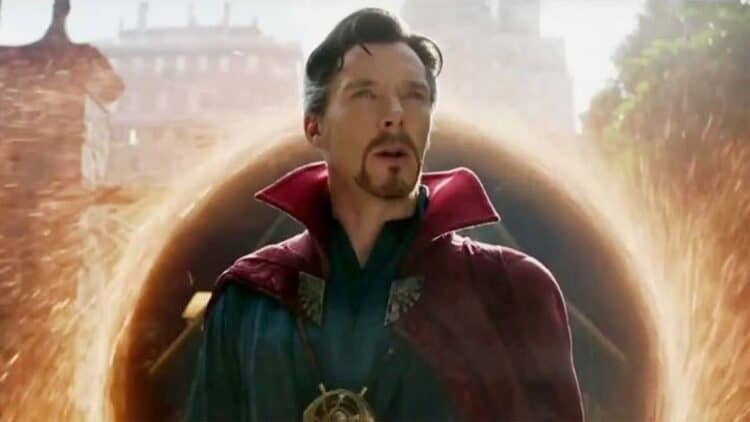 Sometimes pointing out plot holes is something that people can’t help but take pleasure in, and sometimes it’s tough due to the idea of actually liking the movie that’s presented the glaring problem within the story. Plot holes are bound to happen, they’re hard to avoid and in a lot of ways, they’re the product of not being able to cover the story from every possible angle. The great thing about plot holes is that they make people think and can bring a different idea to the table for other projects that might come along.  Here are ten huge plot holes in several movies that can’t be missed.

Granted, the idea was that Obi-Wan was going into hiding and hoping to keep Luke from the Empire. In the Legends canon, he had no idea that Anakin had survived and become Darth Vader. But thanks to Disney it’s bound to happen that this won’t be the case any longer, which only widens this plot hole.

9. How did the poster stay in place-The Shawshank Redemption

This might not stand out as a huge plot hole, but it does beg the question of how Andy Dufresne managed to keep the Raquel Welch poster in place once he made his way through the hole in the wall. There are ways to do this, but it still stands out as a big hole since it’s fair to think that an errant breeze could have lifted the poster at the wrong moment to reveal his escape route.

8. Why not train astronauts to drill-Armageddon

The unfortunate fact of this movie is that astronauts train for years to be ready for the rigors of space, as many are told. Drillers are no less skilled since their job is a tough and demanding one. But it still makes more sense to have a team of drillers train the astronauts than vice versa, even if Michael Bay didn’t appear to think so.

7. Why not move to a place closer to the water-A Quiet Place

With so many rivers, oceans, streams, and other bodies of water that are sources of ambient noise, why not find a home that would be given a natural immunity from the creatures by dint of the ambient noise? If the creatures hunt by sound, then overloading their senses continually feels like the way to go.

6. The trailing debris is kind of a giveaway-The Dark Knight

The end of the bank heist at the beginning of this movie is impressive from a cinematic viewpoint, but at the same time it indicates that the police aren’t just ineffective, they’re absolute morons.

5. The Matrix isn’t as efficient as appears-The Matrix

It’s tough to advocate for the machines, but it’s not hard to see that they weren’t as effective as they could have been. It wasn’t necessary to keep humans happy, especially since the machines knew what made people tick in a physical sense. If they wanted a battery for their continued existence it should have only been necessary to grow, monitor, and keep humans alive without worrying about if they accepted the programming. In a big way, the Matrix felt like a sadistic system that took pleasure from the program it set up.

4. Having a kid that looks like a former classmate should raise some questions-Back to the Future

People have done their best to state that there’s nothing to this, that people can barely remember what went on during high school. Yet, giving birth to someone that grows up to look JUST LIKE someone you went to school with, even for a brief period, should raise serious questions.

3. Why would an alien race try to invade a planet that could kill them so easily-Signs

There is an argument that makes sense considering that some species might have something that makes so little sense as there might be a resource they’re after. But if the plan was to invade and settle, this story makes no sense at all.

2. Magic is horribly inconsistent-Harry Potter and the Prisoner of Azkaban

Magic appears capable of doing just about anything in the Harry Potter movies, which would make one assume that people are incredibly lazy. But then it doesn’t show certain aspects until they’re needed for the plot, which feels a little too convenient and contrived.

1. The limitations of the sling ring are hard to miss-Avengers: Infinity War

There are so many situations that could have been avoided, remedied, or even used to keep the war from happening in the first place. Wong managed to slice off the arm of one of their enemies, and Doctor Strange could use the sling ring to great effect. Why not drop Thanos into a portal and slice his arm off, or even decapitate the titan? Oh, right, we wouldn’t have had a movie.  It’s still possible to enjoy the movies, but sometimes the plot holes can provide a good laugh.