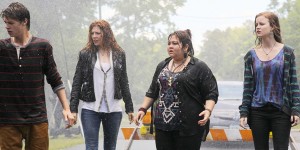 I came into tonight thinking here we go again: another episode of Under the Dome, another episode where nothing happens. Except that wasn’t the case in tonight’s episode, “The Endless Thirst.” Instead, the sense of urgency, the crazy intensity and tension that I had expected from Under the Dome since its first episode, finally appeared tonight, and while many of these characters are still too dull or stupid for me to fully invest myself in this series, I have to say that both last week’s and tonight’s episodes of Under the Dome have been far more entertaining than the previous three. As far as great television goes, Under the Dome falls completely short, but these past two episodes have come very close to hitting the sweet spot for some campy, popcorn, summer fare.

The first reason why this episode of the Under the Dome was better than past ones lies in Julie’s opening statement of the episode, when she asks, “What happens when we run out of everything?” Finally, after five long episodes of townspeople (for the most part) acting like things were pretty much normal and fine in Chester’s Mill, citizens are actually starting to realize that they are going to need food, water, and other essential items and that these all may be in short supply underneath the dome. The fear and panic that finally set in was one of the more realistic aspects of Under the Dome‘s short run; people were scared and desperate, and they were searching and fighting for whatever they needed in the most brutal ways possible.

This idea of brutality brings me to another reason why “The Endless Thirst” was an improvement over the show’s previous episodes: people died, and not just random, background extras, but an actual somewhat, main character that we had gotten to know decently. The quick, sadistic manner in which Rose died provided even more shock value to her death, as two looters busted into Rose’s diner, killing her and knocking Angie unconscious, before one of them proceeding to try and sexually assault Angie and most likely would have done so if Barbie hadn’t show up in time to stop him. While we didn’t spend an enormous amount of time with Rose, she was still a consistent presence on Under the Dome played by a recognizable actress, and the ease and bluntness that the show used in having her die bods well for future twists and shocks that the series may have up its sleeves.

I still have some major issues with Under the Dome, most of them having to do with the poor performances from several of the actors playing main characters and the treatment of Britt Robertson’s Angie (seriously, how many near death situations can this girl go through in the matter of a week?). However, tonight’s episode gave me hope that if the series can consistently keep up this feeling of danger and intensity that maybe Under the 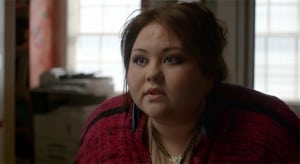 Dome could prove to be some mindless summer fun that entertains instead of frustrates.

– I know it may be Under the Dome‘s central mystery, but I still cannot find myself interested with Joe and Norrie’s seizures and their connection the dome. I really hope the series offers up some intriguing answers in the next couple episodes that will grab my attention.

– So Barbie and Julia finally kissed…in the rain. Raise your hand if you totally didn’t see that one coming?

– I really hope Big Jim keeps his promise to Angie about Junior and that Angie will finally be able to interact with some other characters besides the Rennies. I hate how marginalized she is right now. I feel like I’m learning nothing about her character besides the fact that she’s extremely resilient when it comes to getting captured or beaten by psychopaths.

What did you think of tonight’s episode of Under the Dome? 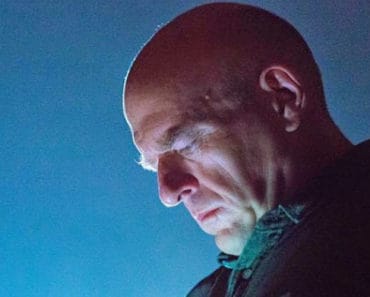 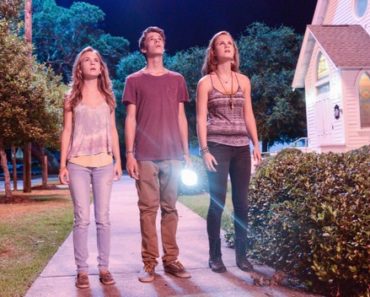 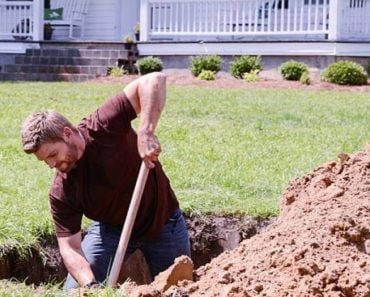 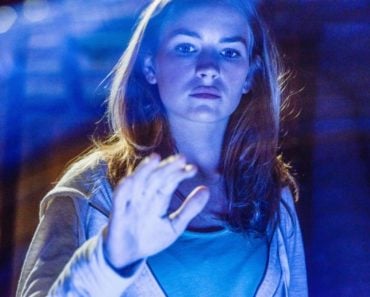 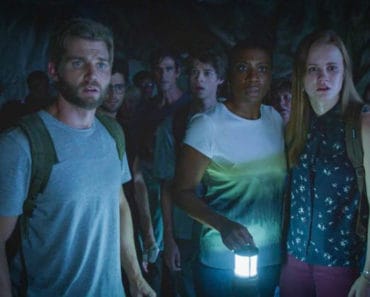 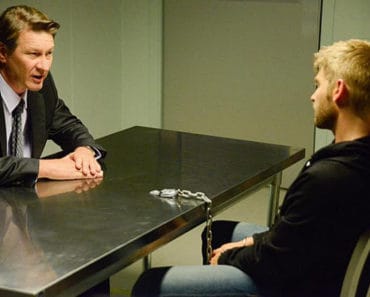