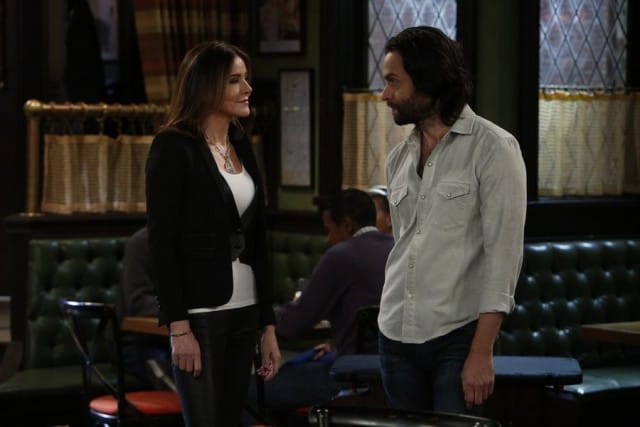 After cancelling last week’s episode because of the Paris attacks, Undateable‘s third season continued with “An Origin Story Walks Into A Bar,” detailing the journey of Danny from zero to hero – which takes the form in about the most predictable ways possible. Despite that abundant familiarity, however, “Origin Story” is plenty entertaining to watch: thanks to the live format, when Undateable doesn’t have any sort of pathos to attach itself to, it can just be funny – and “Origin Story” is exactly that, an amusing half hour without an ounce of weight to it.

It’s not that Danny’s origin story makes for terrible television; it’s just a story we’ve seen a thousand times. Current ladies man reveals his sordid past as a nerd head-over-heels in love with another woman (usually who they’ve lost their virginity), who ends up breaking their heart and turning them cold to the world of love and devotion. All it took was a sexual awakening to create the narcissistic, yet lovable Justin – and this is really as Undateable takes the parable about losing oneself in an ex again, never really offering any unique twists on the tried-and-true sitcom formula.

A few simple tweaks would’ve helped out with the story. The episode never really explains why Danny’s ex is suddenly so interested in him – and more specifically, turning him back into the immature version of himself from nearly 20 years ago. A bit of motivation goes a long way, and while it’s pretty obvious why Danny would go back and date the woman who took his virginity (have you seen his ego?), it’s never really quite clear why she shows back up in town at all, an important little detail that would’ve gone a long way to giving this episode some kind of arc beyond “Hey, let’s get Christa Miller to make mean faces at everyone!” She’s a master of it, of course (and being the wife of the co-EP, it’s no surprise she showed up on screen). Unfortunately, that attitude always works better with something empathetic to back it up, which this episode offers nothing in the way of.

So, it’s up to the episode’s humor to pick up the slack, and from visual gags like Danny in a fedora (with a ponytail), to Christa Miller intimidating everyone whenever she appears on stage, “Origin Story” is mostly able to keep the episode moving, even with its constant pauses to make meta references or take live Twitter selfies. In a way, “Origin Story” is the true test of Undateable‘s live format: could an episode with literally no meaningful story still be entertaining for 22 minutes? The answer is definitively “yes.” Though I’d like to see Undateable continue to push its characters in new directions, the ability of the performers to bring a particularly cliche script to life ensures that no matter what the subject may be, Undateable remains a wonderful way to spend a half hour on Friday nights.