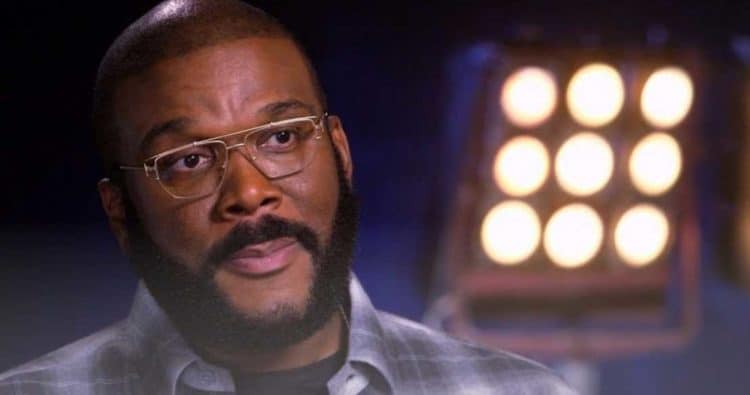 This isn’t really a case of ‘mine’s bigger than yours is’ since in truth Tyler Perry’s output can’t really match the other big studios at this point, but the size of his studio is simply amazing as it’s bigger than all of the big names and as some folks might say it’s even better since it was built on the site of an old Confederate fort. You know, the Confederacy, the group that fought to keep blacks in chains during the Civil War? There’s a lot of irony there that I won’t bother going into but as Ryan Scott of MovieWeb gets into there’s a good deal of poetic justice that’s felt by a great number of people. But instead of stating just why this might be an important factor it’s better and a lot more pleasing to focus on the idea that Tyler Perry, whether you like him or not, has been tearing it up throughout the years when it comes to making hits. He’s been one of the visionaries of the industry that has managed to showcase one production after another as he’s made his stamp on show business and also made it clear that he’s here to stay. The over three hundred-acre site is one that has to inspire a lot of awe to those that see it.

Back when he started doing his Madea bit I could honestly say that I didn’t give Perry much thought, but once the idea took off with people it was easy to admit that he was onto something and that he’d found what people wanted to watch. It doesn’t matter if you don’t care for his material or if it’s among your favorite content on TV or in the movies, he’s tapped into something that has connected with people and has done so in a manner that shows a lot of pride in the African American, or black depending on how folks want to be described, community and given a lot of people something to look up to. The whole idea of him being the first black man to independently own a studio, especially one this large, is a huge accomplishment, and he’s to be congratulated obviously. So far it sounds like there are 12 sound stages and quite a few buildings that will be put to use in the days to come. Whether or not he’ll be able to contend with the likes of Disney and Warner Bros. anytime soon is hard to say, but it does seem as though he might be up at that level sooner rather than later since his investment seems to be taking off.

What’s more is that he’ll also be looking to put a spot on the lot for trafficked girls, LGBTQ youth that have been displaced, and homeless women, and will be looking to give them training in the business so that they can gain the kind of training and firm footing in society that can allow them to pay things forward when they’re able. This seems pretty altruistic and it’s a great way to do for his community, but as you might guess the inevitable and pessimistic idea that some might not want to work in the movie industry is bound to come up. He’s trying to do something increasingly positive, but there’s always the idea that there will be something that will impede the process at some step. Hopefully this won’t be the case and won’t occur, but with ambition sometimes comes the risk of certain variables that can pop up from time to time, especially when doesn’t want them to. Right now the hope is that he’ll be able to help those in need and get them back on their feet so as to pay back to his community in a big way.

There’s a lot of positive in what Perry is doing but there’s still a lot left to do since he is making history on his own as he’s done in the past and is still bound to do in the future. His lot is going to grow and grow without a doubt but it’s likely going to come with some growing pains here and there as it goes, so it’s best to remain neutral at this point unless you happen to want to jump up and down in celebration, which is perfectly fine. Some might say he’s still taking a big risk, but it seems to be a calculated one that’s paying off since at this point it’s hard to see a downfall in the near future considering that he’s been thriving for a while now. It’s ambitious, it’s daring, and its likely going to keep getting him attention, but it’s also bold and a huge statement to announce that he is a true contender in show business.