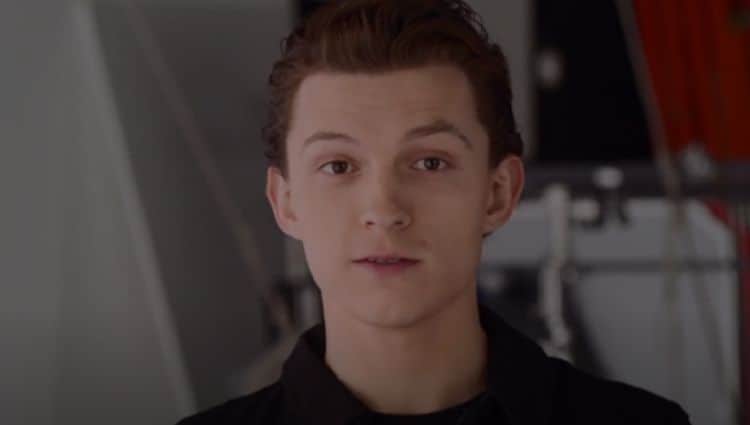 Jonathan Wright of We Got This Covered keeps it nice and simple when discussing how Tom Holland has solved his own little egg crisis since it does sound as though there is an egg shortage in the UK, surprisingly enough. In order to fix this for his family Tom went out and adopted three chickens to help produce eggs for himself and his family to combat the crisis in his own way. There are a few different ways that one might look at this, and hopefully, as Jonathan mentions, this won’t become a trend since so many people adopting chickens feels as though it would be a strange and somehow bad idea when thinking of how such a reaction might play out. One way of course is to think that he’s being smart since instead of having to go to the store to find whatever eggs or egg substitute is left, his family will have their own chickens laying and be able to rely on a sustainable source of food. Unfortunately the average hen only lays a single egg a day, as it takes around 26 hours for an egg to fully form. This means that there might be days when a hen doesn’t produce an egg at all, and some hens simply don’t lay on a regular basis according a paper written by Dr. Jacquie Jacob writing for Poultry. In other words, Tom’s family might get three eggs in a day, or they might none depending on the cycle of each hen. So while this definitely sounds like a smart idea, it’s something that needed to be thought through a little more. Or there’s something else we’re not being told about the story.

Animal rights activists might say yea or nay to this based on how Tom is seen to be treating the chickens. On one hand it’s likely seen as considerate and kind that he’s adopted three chickens, but hardcore activists might look into this a little deeper and state that it’s kind of selfish to adopt three lives just to expect them to pump out more and more unfertilized eggs to ‘exploit’ them for in an effort to feed a bunch of meat-eaters. Oh yes, the rhetoric can get SO much worse. Animal rights activists have been depicted in many ways when it comes to how they practice, who they go after, and just what kind of crazy thing they’ll say to get their point across. But the consumption of eggs is something that people have been doing for who knows how long, and while Tom might not get a large number of eggs from three chickens per day, it was at least a good thought since it was a lean towards sustainable living. Plus, it’s easy to think that anyone taking in three chickens that are meant to help feed a family with eggs are bound to be taken care of in a decent and caring manner since healthy and happy chickens are thought to produce more than those that are cramped, underfed, or in any way mistreated. The one problem that many activists grind on and on about if one watches the number of videos or reads the thousands of articles online is the fact that a lot of people, farmers mostly, keeping livestock are accused of not having the capacity to care for said animals and allowing them to come to harm under their care.

That doesn’t appear to be the case with Tom as it stands at this time, though again, thinking that three chickens are going to be producing a mass quantity of eggs is kind of optimistic since any chicken farmer might tell you that it requires a lot of chickens to come up with enough eggs to feed a sizable family. Around 5 to 6 chickens is said to be enough to get a pretty decent amount of eggs per week, but typically young hens are said to produce more as youth and the ability to keep laying for a while are factors that contribute to this. The older a hen gets the less likely she’ll be to keep laying as much, and asking for 7 eggs a week from the same hen after a period of time is a bit ambitious, even if they’re well-fed and cared for. So kudos to Tom for trying, but unless he and his family get by on three eggs a day or are patient enough to wait for those eggs at the end of the week then their own personal egg shortage is going to keep happening since asking hens to lay as they do in the cartoons just isn’t going to happen, and in fact it might be kind of a disturbing thing to see if it did. It’s a step in the right direction for one person at least, though again, let’s hope it doesn’t become a trend.