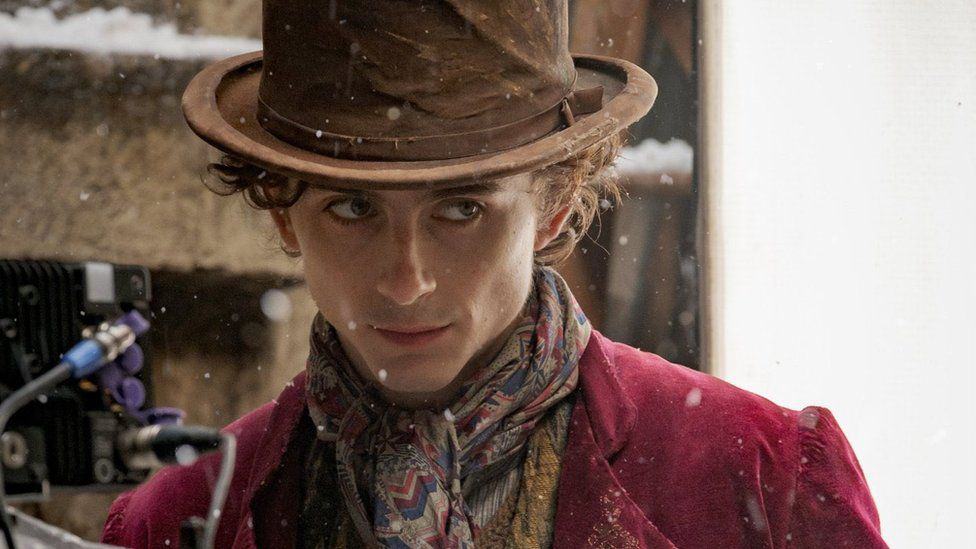 To be fair, Johnny Depp did try to deal with the idea of Willy Wonka as a younger man trying to make his own way in the world. But since Depp’s movie focused primarily on recreating the original story in a different and slightly darker light, his past didn’t really get exposed quite as much. That appears to be what the focus will be in this upcoming movie as it sounds as though the audience is going to be given a look at how Wonka started out and how he became the eccentric individual he’s been in the last two movies. So far it doesn’t sound as though there’s anything dark or twisted on the way, but it could be that this movie will still attempt to keep to the idea that Wonka is a bit, well, out there. Since that’s part of the character that people have come to enjoy anyway though, it’s not hard to think that folks are going to be looking for a little hilarity and perhaps kooky behavior. After all, Gene Wilder made it work, and Johnny Depp didn’t exactly fail, but he did make it feel awkward in some scenes.

That appears to be where a lot of people happen to be comfortable seeing this character however, between hilarity and just a step away from madness, since despite how good he was in the role, the legendary Gene Wilder did throw a lot of people off with the tunnel monologue that he added into the movie. But as much as that unnerved people, it did get their attention and it did manage to become a part of the movie that was remembered decades after its release. Even Depp’s version of the famous candy maker is remembered for being unsettling and definitely odd, if only in a slight stranger and less comfortable way. Maybe it’s just me ( I doubt that) but Depp’s performance wasn’t really that bad, it was just different. That does make it apparent that Chalamet has a tall order to fill though, especially since most of what he’s done to date has been great, but it has yet to be seen that he can perform in a role such as Wonka.

Is there any doubt that he’s going to do great? If there is, it’s not worth talking about at the moment since it’s a mild case of Murphy’s Law that could be applied if needed but is otherwise best shoved to the background unless it’s needed. So far it would appear that things are going quite well and that everyone involved is having a good time on the project, though how much of this is simply the work of a good PR team and how much is real kind of needs to be questioned. It’s a Hollywood movie, after all, there are bound to be a few snags here and there. So long as they’re not snags that turn into giant issues though, things are bound to keep moving forward without too many problems. There are too many gossip and opinion sites out there these days to think that anything that goes wrong on a movie set wouldn’t be reported on only minutes after it happened. Even a top-notch PR team can’t suppress everything, so it would appear that things really are going well at this time.

Timothee’s movie won’t be coming out until 2023, so there’s plenty of time to sit and analyze what information will be released in that period of time, and to wonder if he’s going to be able to rock this story in a manner that will help current and future generations to enjoy the tale of how Willy Wonka came into his own success. You can also bet that plenty of writers will be putting in their two cents on what will be expected, what they think will happen, and how it will measure up to the original movie. Personally, I think that if Timothee can make it work then more power to him, and if it’s a pleasing movie but critics still feel the need to say something about it, then so be it. Each person has the right to say what they want about a movie, but the truth is that too many folks appear to have a strange influence over others when it comes to enjoying one story or another.

However it happens, the next Willy Wonka movie already sounds like it might be something that could be worth checking out just to see what a new actor to the role can do with it. To be fair, Timothee has already shown his acting chops more than once, and he’s done so recently with his role as Paul Atreides in the remake of Dune. Like him or not, he’s a skilled actor that should be able to make this role work.