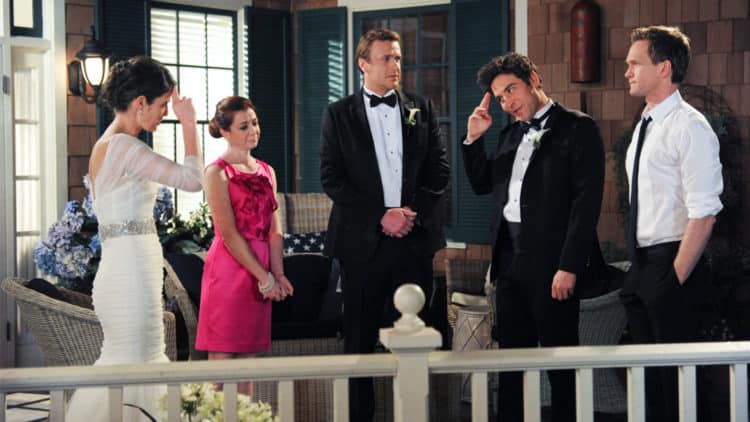 A lot of times when things appear to be complicated or have no direct answer they end up having one of the easiest answers ever. The reason why Bob Saget narrated How I Met Your Mother as the older Ted Mosby is because he fit the mold that the studio wanted and therefore he became the older version of Ted that people grew used to as time went on. It’d be nice if there was more to it than that, and some people have been able to expand on the idea since the two actors that performed young Ted and old Ted, in voice at least, don’t look too dissimilar until you put them side by side. But the studio did a fairly decent job with this one since the two actors came together to create one person that a lot of fans came to appreciate and get close to over the years. There are some folks that still didn’t get into the show but oh well, that’s kind of how sitcoms work, some people like them, and some people choose other programs to watch.

But How I Met Your Mother was one of those that a lot of people managed to get into for a number of reasons, some that were personal and some that were kind of silly but still made sense to them at the time. In a way, sitcoms feel as though they’ve been recycling gags and actors for a long time now, and yet people still enjoy them. HIMYM is one of those that have joined the troupe of shows that can claim that they’ve used quite a few of the same situations from other shows and movies over the years and have even taken some of the best actors and given them a renewed sense of purpose given that they excelled on this show. But apart from that, it was another show, and the narration was, as it’s already been said a few times, a very Wonder Years effect that has been used a few times in the history of TV shows but has rarely been used quite as well.

The fact that it used Bob Saget for the narration was kind of a nice touch since that kind of element brings a wistful type of feel to a sitcom that makes one feel as though they’re sitting and talking to the person in question and listening to them retell the tales of their younger years and what it was like back in those days. A lot of us can do that already as we sit and reminisce about the days gone by, and a lot of us probably have similar stories to those in the sitcoms because quite honestly one has to admit that the shows tend to benefit from some of the wilder stories that can be tossed around by the creators and the writers. One can only imagine what the writer’s room was like most times since the ideas that were coming in had to be hilarious in order to really capture the attention of the audience, and keep it for so long.

As one of the many shows that people simply couldn’t miss since it was a favorite among the masses, HIMYM was definitely one of those that benefited from taking on familiar faces that people would be excited to see. It’s easy to wonder how many people would have known about Bob Saget’s part in this had he not been in the credits. Of course, it might have happened that plenty of people would have remembered his voice since he hasn’t exactly been a stranger over the years and he was one of the bigger stars of his era. To be fair he’s been a sitcom star for a long time, so this is definitely where he shines. Seeing him in a couple of movies was funny and all, but Saget is a sitcom mainstay and someone that fans can’t help but appreciate whenever he shows up. Trying to think of anyone else taking on the role of old Ted is kind of hard to do at the moment since Bob did such a great job.

The funny thing about telling the story of how things happened is that sometimes the mystery of how it all came to be is really blown out of proportion, and when this happens it becomes easier to turn into a big deal until someone comes along and reveals why it happened, how it happened, and why it was such a good thing. The reasons behind why things happen don’t need a huge explanation, they simply need people to understand that sometimes things fit together in just the right way. The best part is when people forget and continue to enjoy the show without needing to know all of the details.