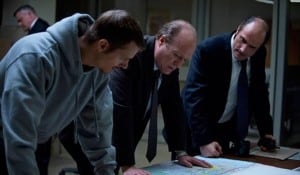 After the first two seasons of The Killing, I would say that I enjoyed the show but that it really didn’t represent the best that TV had to offer. It boasted some solid episodes every now and then and some terrific performances from its cast, but when it came to consistent storytelling and character work, The Killing still left something to be desired. However, this recent season of The Killing, the series’ third on AMC, is more refined and improved, fulfilling all the possibility that the show’s first two seasons offered and capitalizing on the unique setting and strong acting that the series always has possessed.

Tonight’s episode of The Killing, “Try,” may have been the best episode of this season. It combined the tense, gripping drama of Pastor Mike’s kidnapping of Linden with the more heartfelt and intimate interactions that were found in The Killing‘s best episode ever, the first season’s “Missing.” As always, the performances were top notch, specifically from Mireille Enos, Joel Kinnaman, and Bex Taylor-Klaus. Every scene that Bullet and Holder shared or that Holder had with Linden was phenomenal. Holder’s screaming confrontation with Bullet, after he discovered that she had lied to him, was packed with emotion, and since their relationship has been my favorite part of The Killing‘s new season, I actually found this scene quite heartbreaking.

On the other hand, the scenes between Holder and Linden only reaffirmed their bond, rather than tear it apart. From the moment we heard Linden’s story about Holder through the walkie-talkie (a secret message to him so that he and the other cops could find her and Pastor Mike), to Holder calling out “Sarah,” and, finally, to Holder and Linden’s discussion of her losing of Jack and his drug abuse as they shared some Chinese takeout at his house, The Killing continued to illustrate how much respect and care these two cops have for each other and why they work so well together as a team. These scenes were well written and directed, but most of all, they were extremely well-acted, showing yet again, at least in my opinion, why Mireille Enos and Joel Kinnaman deserve serious Emmy consideration for their roles on The Killing. 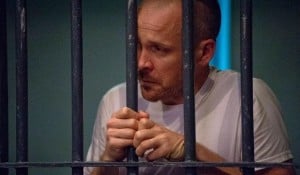 Finally, The Killing leaves us off on two very interesting notes tonight. First, Seward finally lays his cards on the table with his phone call to Linden: he is innocent, he doesn’t want to die, and he wants her help to save him by talking to his son, Adrian. It will be really interesting to see how this new development changes Peter Sargaard’s performance, because so far, he’s been sensational this season. Lastly, with Pastor Mike not being the killer (I wasn’t expecting him to be but I was expecting him to have some sort of tie or connection to the murders, which he sadly did not), Bullet discovers the real killer’s identity from Angie and tries calling Holder (who doesn’t pick up), just as the killer’s car pulls up outside of the diner she is sitting at. Will Bullet be the killer’s next victim? I doubt that, but I’m really excited to see how the rest of this story plays out and whether The Killing can actually surpass the amazing events of “Try” with its last three episodes of the season.

What did everyone else think of tonight’s episode of The Killing? Are you loving this season as much as I am?