Home
Television
The Killing
The Killing 3.04 “Head Shots” Review: The Kids Are Alright 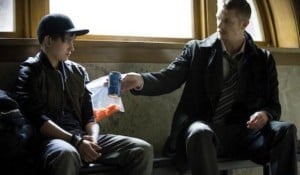 My favorite episode of The Killing  is the first season episode, “Missing,” where Holder and Linden take a pause from the Rosie Larsen case and instead search for Linden’s missing son, Jack. The reason why “Missing” is probably the best episode that The Killing has ever done is that it explores the unique, intimate bond shared between Holder and Linden; the little moments that the pair have together in the episode, the back and forth rapport and their enlightening, open conversations, are easily the best written scenes that the series has ever produced. Therefore, it shouldn’t surprise me that what I’m enjoying most from this season of The Killing is the small moments between characters, as relationships begin to grow and develop, and really take shape. These scenes are what keep bringing me back to the show, even when obvious twists like Kallie’s mom’s boyfriend being the guy behind the porn tapes, or storylines like Twitch’s ill-advised trek into the park to score more drugs (which ends with him “shockingly,” AKA not shockingly at all, getting his ass kicked) don’t really work.

The best parts of “Head Shots,” the fourth episode of The Killing‘s third season, are reaction shots or short scenes of dialogue between characters. Linden’s face when she discovers that Kallie’s mom locked her daughter out of the house says so much. Sure, Linden is disgusted and in disbelief that a parent could do this to her own child, but, on an even deeper level, it shows Linden’s own pain at not being able to be with her son, Jack. She would do anything to be able to have her son stay with her for one night, and the idea that this woman, who calls herself a “mother,” would be able to intentionally push her daughter out her life is incredibly disheartening to Linden and illustrates her regret over losing sole custody of Jack.

Another great small moment in “Head Shots” is the quick scene between Bullet and Holder near the beginning of the episode. Holder offers Bullet some of his snack, which she rejects, asking if he has any real food at the station, “like chips.” Then Bullet utters the line, “I treat my body like a temple,” something that we have heard Holder say on multiple occasions, and the look on Holder’s face says it all: a connection is forming between these two. Despite Bullet’s initial hostile behavior towards Holder, she is starting to become more comfortable around him, and Holder has begun to enjoy her company, instead of simply using her as a source for information.

The Killing also does a really great job in this episode of solidifying the romantic relationship between the characters of Lyric and Twitch. With Twitch’s simple line about how he doesn’t like orange popsicles and Lyric’s laughing response, we see an authenticity in their connection that could not be found last week. These two kids, just like Bullet and Kallie, have been treated so poorly by the people around them, as we witness yet another sexual assault (Bullet was raped by Goldie at the end of the two hour premiere) in Twitch’s parole officer forcing him to have sex with him in order to cover up his drug test. In the “real world” that these kids have been forced to enter, brutality and cruelty are common from all figures of authority, and the only solace and kindness that they can find is in their interactions with one another. 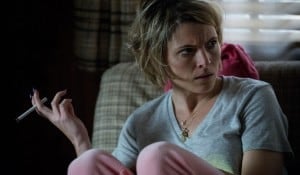 Overall, while not as strong as the past two weeks, “Head Shots” is a decent episode of The Killing that did a great job with the smaller moments between characters. While I cannot say that I’m truly anxious to see what happens with Kallie’s mother’s boyfriend next week, I am really excited to see more development in these characters’ relationships. For a show like The Killing, all the talking really is more interesting than the action.

– I didn’t mention Seward in my review, mainly because I don’t really have a lot to say about him. I thought his scenes with his fellow prison inmate were pretty solid, but I really didn’t buy his change of heart at the end, when the cops began beating the inmate in order to get Seward to take his meds. That scene fell pretty flat for me, and I was also disappointed that we got no movement on the Adrian front.

– Loved Linden telling Holden’s partner, Carl, off. “You want to know why you’re not sergeant, Carl? 23 years of experience and all you are is in the way.” Awesome. Also loved that Holder immediately ran out and joined Linden in the car in order to follow up a lead after she said that.

– I will say this almost every week, just because it bears repeating: Joel Kinnaman is the man. 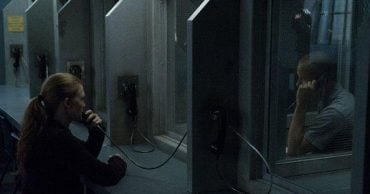 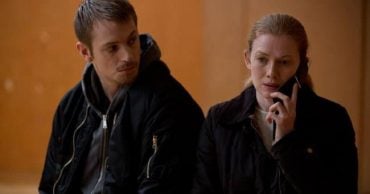 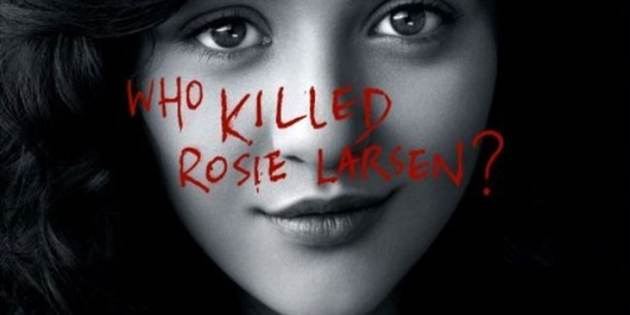 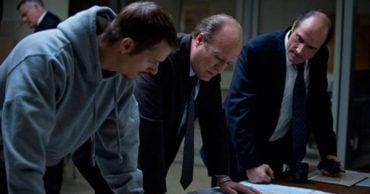 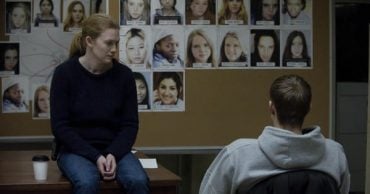 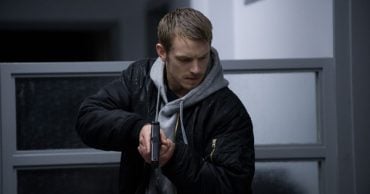