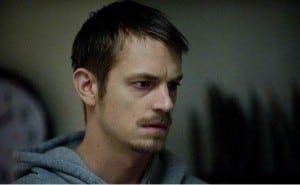 With all the red herrings that The Killing had thrown at viewers throughout its first two seasons, I wasn’t really anticipating much from last week’s new twist that Pastor Mike may actually be the killer. However, whether it turns out Pastor Mike is the true culprit or not, he is definitely involved in some way. The Killing did not jump down the red herring hole yet again but instead delivered a tense, emotional, and very enjoyable hour of television, anchored by two electric performances: Ben Cotton as Pastor Mike and, of course, the always great Joel Kinnaman as Holder.

The bulk of this episode revolved around the question of Pastor Mike’s innocence. How could a man who seemed so devoted to helping children actually be killing them? Like Bullet told Holder when he asked her about the priest, he’s one of the only guys in Seattle that isn’t a pedophile; he actually takes care of these kids. However, Bullet’s character testimony didn’t stop Holder and Linden from digging into Pastor Mike’s background, and they soon discovered that not only had he been seen driving near Angie on the night she was hit (also coming back later that night, after four in the morning, covered in blood), but that he had also been using a fake ID. Pastor Mike’s real name was Mark, and he had been accused before of kidnapping a sixteen-year-old girl in Arizona, only getting off on a technicality after the girl died from an overdose.

Throughout the episode, Ben Cotton did a great job at making me question whether Pastor Mike was truly complicit in the murder of these young girls or if he was simply at the wrong place at the wrong time. The Killing boasts a lot of great performances from actors, especially from Kinnaman and Mireille Enos, along with Bex Taylor-Klaus as Bullet this season, and Cotton was phenomenal in such a limited role, never appearing patronizing or fake when we were led to believe he was innocent, while still also being eerie and menacing when we learned the truth about him while he had Lyric, alone, cornered in his house.

However, as great as Cotton was in this episode of The Killing, Joel Kinnaman was just as good, if not better. All of Holder’s interactions tonight (with Bullet, Pastor Mike, and, as always, Linden) were filled with even more charisma from Kinnaman than usual. His back-and-forth banter with Bullet about how to smooth-talk girls but also how to respect them, along with his conversation with Linden about her ex-lover, Cody, displayed Holder’s softer, more compassionate side. Then, whenever he was on screen with Pastor Mike or was in a conversation about the preacher, Kinnaman set Holder’s eyes ablaze with a purposeful, almost vengeful intensity. Holder’s past with his old NA sponsor, Gil, who used him and screwed him over back in season two, gave reason for his distrust of Pastor Mike. The system, this idea of a community that helps heal you, has only let Holder down and taken advantage of him. His idea of faith, his way to forgiveness and salvation, is through one’s own internal strength and spirituality. I really liked that this small detail from season two was subtly brought up again through Holder’s actions, instead of being explicitly stated through dialogue, and I cannot wait to see how much more intensity we get from Kinnaman’s performance as Holder tries to track down Pastor Mike and find Linden in next week’s episode of The Killing. 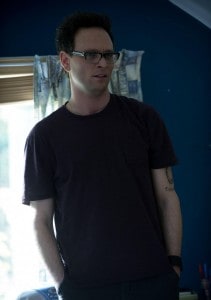 – Seward’s actions tonight were as confusing and misleading as always, but Peter Sarsgaard continues to act the hell out of anything and everything that is given to him. I’m starting to believe more and more now that Seward is innocent of his wife’s murder and that this newfound fear of dying that we saw in Seward tonight was brought about by his conversation with Linden last week, in which she told him that she now thought that he wasn’t the one who murdered his wife.

– Even though I couldn’t stand her character just a couple weeks ago, I really like what the writers of The Killing are doing with Kallie’s mom, Danette, and her search for Kallie. I’m actually starting to root for her during this redemptive arc.

– The chemistry that was lacking between Lyric and Bullet last week was definitely on display in tonight’s episode. Great job by The Killing‘s younger cast to get me to really buy into this relationship a little more than I had in the past.

– Bullet is still calling Holder “Bugs,” and it is still hilarious. The interaction between these two characters is one of my favorite new things about this season of The Killing.

– The idea of forgiveness and salvation was showing up in a lot of spots tonight, with Holder, Pastor Mike, and Seward all discussing it at some point. There’s been many themes of forgiveness and redemption running throughout this season’s episodes of The Killing, and I wonder if all this thematic material will add up to something bigger when we arrive at the end of the season.