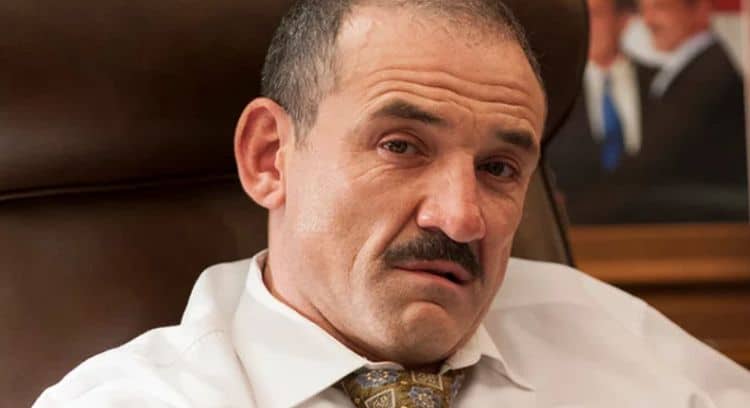 Ritchie Coster might not be a household name, but he certainly has enough talent to be one. His career has spanned more than 20 years and he has established a very solid resume during that time. He currently has more than 50 credits to his name. He is best known for playing villain/bad guys characters, and he has had some very memorable roles. Every time he steps in front of the camera, you know that Ritchie is the kind of actor who is going to put his all into every performance. Although all of Ritchie’s roles have been impressive, there are a few that stand out above the rest. Continue reading for the five best roles of Ritchie Coster’s career.

Soap operas probably aren’t the first thing that comes to mind when people think of Ritchie Coster, but he has actually done quite a bit of work in the soap opera world. In fact, one of his early on-screen roles was in As the World Turns in the early 2000s. In 2005, he joined the cast of Guiding Light where he played the adopted father of Jonathan Randall (Tom Pelphrey). Although he was only in a handful of episodes, it was great to see him do something a little different than the usual. It would be nice to see Ritchie get more opportunities to play characters that vary from what he is known for.

4. Michael Bianchi in Shades of Blue

If you were a fan of the short-lived TV series Shades of Blue, you’ll probably agree that it was one of those shows that got canceled way too early. In the series, Ritchie played a character named Michael Bianchi who was known for being a local mob boss. He wasn’t a main character by any means, Bianchi was still the type of character that’s hard to forget.  Although he had done enough illegal things on his own, he found himself in serious conflict with the authorities when a gun was planted on him. Like many of the other characters Ritchie has played, Bianchi was ruthless and not to be messed with.

3. Pope in The Walking Dead

The Walking Dead is Ritchie’s latest acting role, and it’s great to see him step into the post-apocalyptic world. But, if you aren’t looking at the screen closely, you may not recognize him due to the look of his character. That, however, is a true testament to his ability to authentically adapt to every role he plays. Every time the camera is on Coster, it’s impossible not to pay attention to him. Since The Walking Dead is one of those shows where characters tend to come and go, actors have to work hard to leave a lasting impression on viewers. So far, Ritchie has done exactly that. It’s unclear exactly how long he’s going to be on the show, but lots of viewers are hoping that his character sticks around for a while.

The HBO series Luck was only on the air for one season, so it’s not as well known as many of Ritchie’s other roles. However, it was still one of his best. In the show, Coster played a character named Renzo Calagari. While he wasn’t exactly a bad guy, Renzo wasn’t exactly surrounded by a bunch of saints. The role offered Ritchie a great opportunity to show some of his acting range while still playing the kind of role viewers were used to seeing him in. If you’re a Ritchie Coster fan and you haven’t seen Luck, it’s definitely worth going back and watching.

Ritchie’s role in True Detective was one of the biggest roles of his career. It was awesome to see him getting so much camera time. In the series, he played a mayor with a serious drinking problem and he did an excellent job of bringing that role to life. In order to prepare for the role, he watched YouTube footage of real-life politicians. While discussing the role with The New York Times, Ritchie said, “I was very scared about going too far. Acting drunk is a tricky one. You’re skating on thin ice. You’re in danger of looking like a stagey drunk. I had to rely on the director to tell me if I could go further. I had this dark fantasy in my head that everyone else was doing beautiful, serious, nuanced work, and along comes the big British ham to screw up the whole thing.”