Home
Movies
Movie Lists
The 9 Best Bromances in the MCU 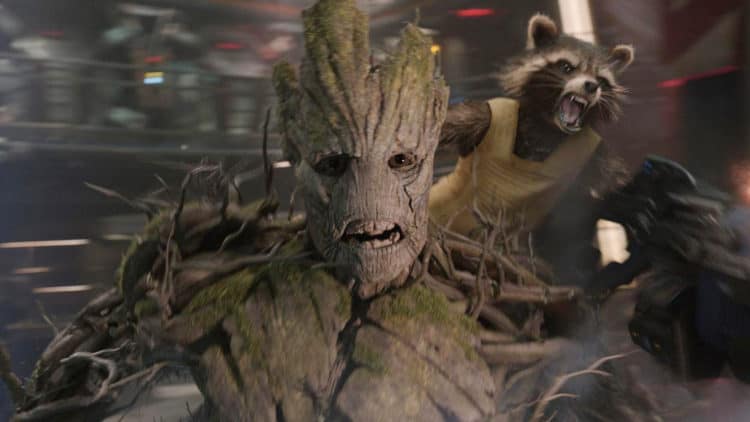 Marvel is known to churn out incredible stuff. There is drama, romance, action, and everything else that comes with casting. For a lot of our favorite characters, being able to wind down at a shawarma joint with a friend sipping beer is what makes life-fighting bearable. From the guy in the chair to a super-powered best friend, having someone who understands the job and will stay by your side during the darkest hours makes the most significant difference. The Marvel Cinematic Universe has given us so much. Earth’s mightiest heroes, Baby Groot, Thor’s undeniable Asgardian charm and abs, but there’s nothing better than the friendships formed. Here are my top 9 bromances that will make you wish you had one in real life.

When Happy meets Tony for the first time, they inevitably become best buds. He starts as his driver then became a personal bodyguard. Their relationship seemingly develops from Happy jumping on him to keep him safe during his date with the scientist to Hogan getting Tony’s daughter’s cheeseburgers after Tony’s funeral. Although Tony can be a bit harsh with his jokes, he goes hard for Hogan and cares for him deeply. When Happy is attacked and is unconscious in hospital, Tony stays by his side. Tony asks the nurses to put on Downtown Abbey on the TV for Hogan once he regains consciousness. That is an elite friendship.

These two share a lot; their childhood days in Brooklyn, fighting alongside each other in the Winter Soldier. You can say a lot about their codependency. However, there is yet to be a friendship that transcends time like this one. From fighting Hydra and The Ten Rings to fighting Thanos and surviving the snap, Bucky and Steve show us that friends genuinely are for life no matter what happens.

Rocket is a trash-talking genetically engineered raccoon paired with a muscly tree man, The Stuff of Legend. Long before the banding of our favorite galactic misfits, Groot and Rocket were terrifying the universe in unfathomable ways. Groot understands that behind that wall of insults is a misunderstood raccoon who only wishes to be loved, and Rocket raccoon understands that behind every I AM GROOT is a well of emotions. This pairing, although unlikely, shows that being tree lovers is good for us in more than one way.

A billionaire playboy who is not the biggest fan of rules and a straight shooter military man would typically make an unlikely combo. However, that is what makes them work so well. When Ivan Vanko builds an army of robots, Rhodes comes to Tony’s help. Despite their disagreements, he makes sure he’s on the straight arrow. These two men in iron suits are better seen in Captain America’s Civil War as Rhodes fights against the cap on Tony’s side.

The budding bromance between these two is young, but their polar opposite personalities make it attractive. Mobius knows that Loki is mischievous and cunning. However, he puts his trust in him knowing his backstabbing ways. Friendships are fundamentally made of the realization of mutual growth. From the pop culture references they share to Loki’s love for disruption and mayhem, they help each other grow. And with every single step, both of them grow as individuals.

Luis proves that everyone needs a quippy fast-talking best friend who, on the rare occasion, takes a “bullet” of truth serum for them. Scott and Luis have had a tough life, and we are not talking about cell block D. Luis proves that you don’t have to have a wingsuit to make a difference in someone’s life. They go from cellmates to housemates to brothers.

“On your left” is one of the numerous instances that make Sam and Steve strong allies. From their meet-cute in Washington and support during the Sokovia crisis, it’s clear that Sam has always been there for Steve. Wilson is Rodgers’s first friend, out of the Avengers and Hydra, and seeing as they both served in the military, Sam sees through Steve’s barriers, and a close friendship is formed. When the time comes for Steve to retire, he chooses Falcon as his successor, which speaks of how highly he thought of him.

Friendship of the century? Well, this might be. When the god of lightning finds himself broken physically and emotionally after Thanos attacked Asgard, he finds refuge in Rocket raccoon. The pairing of the two seems quite unlikely as they have two differing personalities. Thor is more arrogant and self-righteous, while Rocket is more playful and doesn’t like being called anything other than his name. He acts as Thor’s unofficial therapist or, as Thor likes to call him, rabbit, and even though they’ve only known each other for a short while, Raccoon plays a vital role in Thor’s life and in bringing back ripped Thor.

For most superheroes, bringing in an everyday man into their life is both stressful and dangerous. Ned, who’s grown up with Peter Parker, knows and understands him, and I’d like to think even if he did not know Parker’s secret would still play a massive role in his life. He acts as his knowing guardian angel, even though he almost outed him numerous times. Who is better at dealing with an emotional Peter Parker than Ned.