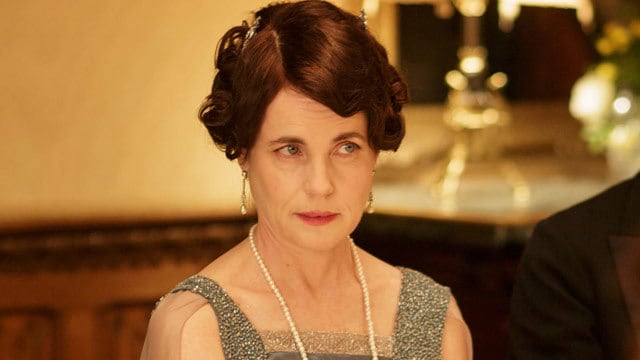 It’s times such as this when it’s a good thing that ‘Smell-o-Vision’ isn’t a real thing since otherwise, it feels as though a lot of viewers would have bailed on their favorite shows by now, especially given that shows such as Downton Abbey have an interesting quirk to them when the producers and directors are going for a hint of realism. One has to remember that in the time period this show depicted, which was early in the 20th century, that such things as deodorant, washing machines, and various other ways of keeping clothing clean weren’t as commonplace as they are now. There were still ways of cleaning clothing without any doubt, but they weren’t quite as effective, and as clean as the actors likely were, they still smelled quite ripe at times thanks to the spot-cleaning that the clothing received from time to time. That was about as far as it went when it came to cleaning the clothing, but obviously some garments had to be mended now and then. Apart from that, however, it’s fair to say that the set of Downton Abbey became pretty rank after a while since the garments weren’t washed on a regular basis. One thing that anyone should be able to say for this is that it probably gave them a very realistic look since otherwise, it might have made things TOO pretty and TOO flashy, and likely would have ruined the visual effect.

But just imagining what the smell must have been like is enough to wrinkle anyone’s nose since the ripe smell of human sweat is bad enough when one is walking through a locker room. Trying to imagine standing there and delivering one’s lines over and over while the stench continued to rise though would be pretty bad. There are definitely some odors that are worse than others when on a set, as a lot of people should remember reading that the chocolate river in Willy Wonka and the Chocolate Factory started to smell atrocious at one point since as many people probably know, it was created using materials that didn’t do well when they were left out for too long. But while that was easy enough to get away from since the movie managed to pull away from that scene after a while, trying to think about what the cast of Downton Abbey had to go through at times when their clothing really started to smell is kind of horrendous. It’s easy to wonder how some people managed to get through take after take depending on how bad they really smelled. It’s definitely one of those times when an actor has to go through something that they might rather avoid in order to get the job done, but it’s hardly the worst thing that any of them have to do.

Actors do take a lot of flak sometimes for having the temerity to gripe about certain things that they have to go through on the job, but in some cases, there are legitimate grievances that are bound to be aired since some actors do manage to suffer for their art and might even be a little put-out or a bit traumatized after all is said and done. Being traumatized by a rank smell might make a lot of people grin with derision since it’s not every day that someone is brought to an emotional state by a strong scent. If this does happen it tends to mean that the scent has triggered a memory that is stronger and possibly more traumatizing than others, but on its own, a scent is a minor barrier most times t getting things done and a less than desired byproduct of naturally-occurring situations that cause a human being to sweat into the clothing they’re wearing. Not cleaning anything thoroughly is something that sticks to the realism of the show, but it’s still tough to think that something couldn’t have been done to make things appear more real by another means. Making everyone wear clothing that reeked was something that feels like it could have been avoided, since like it or not, just because a certain time period was being used didn’t mean that every single practice had to be used.

When it comes to using a certain time period it’s all well and good to adhere to the era as much as possible, but remembering that people have to be able to stomach being around each other for the duration should hopefully make it possible to keep certain modern practices in play since washing clothing is something that does help people to feel a little more at ease when it comes to being around each other. Seriously, has anyone ever been around those whose clothes stink after days and weeks of use? It’s tough just to stay in the same vicinity.

Real or Fake: The Wines in Blockbuster Movies