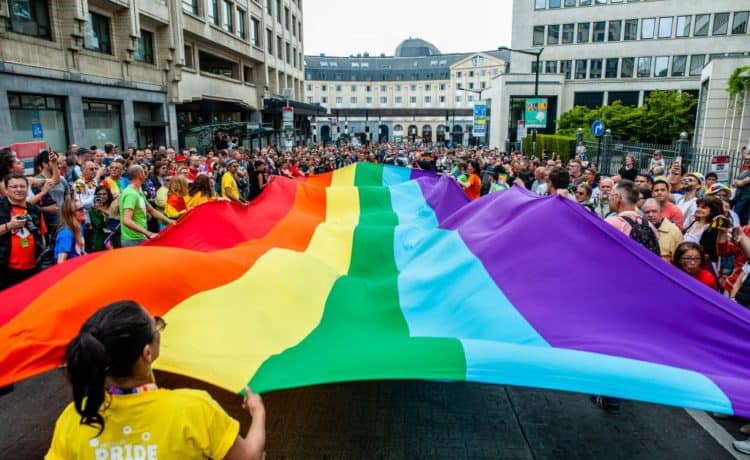 Throughout the history of the entertainment industry, documentary films have played an important role in educating people on various topics. In fact, watching documentaries is some people’s favorite way to learn new information. Over the years, documentaries centered around the LGBTQ+ community have given people that opportunity time and time again. From covering tragic stories to highlighting the joy and diversity of the community,  documentaries that highlight the LGBTQ+ experience come in a wide variety. Whether you’re a part of the community or just want to learn more about it. These documentaries can be exactly what you need. Continue reading to see our list of the 10 best LGBTQ+ documentaries.

Brandon Teena’s story is an example of how hatred can result in unspeakable violence. Brandon was a transman who was brutally murdered on New Year’s Eve in 1993 after two men learned that he was not biologically male. The Brandon Teena Story highlights his life and death and featured interviews from some of the people who knew him best. Brandon’s story was also made into a feature film called Boys Don’t Cry which was released in 1999.

The 2014 documentary Do I Sound Gay? takes a deep dive into stereotypes about the way gay men speak. The film explores how these stereotypes can play a role in how gay men are perceived and how they perceive themselves. The movie is interesting and insightful and includes some very informative interviews.

Whether or not trans athletes should be able to compete with cisgender people has been a hot-button topic for the last several years. The 2019 documentary Changing The Game explores this idea through the lenses of three high school athletes who are also transgender. The movie discusses the science of hormones as well as the isolation that trans athletes feel.

In recent years, same-sex relationships have become much more socially acceptable. However, not long ago, there was a time when people in homosexual relationships had to live their entire lives in secret. A Secret Love centers around Terry Donahue and Pat Henschel, two women who were in a lesbian relationship for more than 50 years and kept it a secret from their families for almost the entire time. The film explores not only their relationship but the realities of being lesbians. Particularly at times when there was very little social acceptance.

5. How to Survive a Plague

When the HIV/AIDS epidemic started during the early 1980s, it quickly swept through the gay community. Hundreds of thousands of gay men were infected with HIV and many of them would eventually succumb to the illness. How to Survive a Plague is about the early days of the epidemic and uses archival footage as well as contemporary interviews.

It’s no secret that there are certain places in the United States where people in the LGBTQ+ community are less accepted, and the Bible Belt is one of those places. The  2014 documentary L Word Mississippi: Hate the Sin focuses on the lives of lesbians living in Mississippi. The project was produced by Ilene Chaiken and is part of The L Word franchise.

3. The Death and Life of Marsha P. Johnson

Paris Is Burning is arguably one of the most well-known LGBTQ+ documentaries of all time. Released in 1990, the documentary dives into the New York City ballroom culture that was popularized by Black and Brown members of the LGBTQ+ community. The movie recieved lots of positive reviews and has been added to the National Film Registry.

The Aggressives may not be as well known as some of the other documentaries on this list, but it’s truly one of the most powerful. The film was released in 2012 and follows six masculine presenting people who live in New York City. The Aggressives doesn’t only highlight sexuality, but the fludity of gender as well.