Home
Television
Teen Wolf
Teen Wolf: Be One of Us… Or Be Against Us 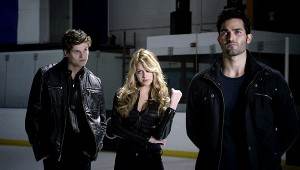 Welcome back, Teen Wolf fans to another lesson in teen angst! Tonight’s topic: belonging and group mentality… and the ramifications if you choose to go against the grain.

Derek continued with his recruitment process among the students of Beacon Hills High, still focusing on those who are either loners or powerless among the cliques and politics of high school. One of the new draftees introduced was Erica Reyes (Gage Golightly), a girl who suffers from seizures due to her epileptic illness. After an incident that sent her to the hospital, Erica is persuaded by Derek to take “the gift” to not only make the seizures go away, but make everything else get “even better.” The second recruit, Boyd (Sinqua Walls), was revealed after Scott and Stiles (amazingly) deduced that he was the last member added to Derek’s pack after he didn’t show up for school. While we didn’t see Boyd’s story of why he was a loner, he didn’t hesitate to take “the gift” so he must have had a pretty jacked up explanation for choosing lyncanthropy over facing the horrors of high school.

Derek’s entire recruitment process seems worthy of a classic vampire movie, where the newly sired fledgling reappears either just highly confident or oozing of enough sex appeal to keep Playboy in business forever. Sometimes, if not most, the suave vampires in those films also went after the weak loners and freaks in whatever neighborhood/town they were terrorizing to build their ranks. Usually a werewolf would just bite you, leaving you to figure out what to do next once you start craving raw meat and long sprints in the woods. But Derek can’t rely on that old school werewolf method, because, like Allison correctly pointed out, a war is coming and Derek will need soldiers who are down for the cause and not prone to defect at any given moment.

Derek’s choices in Erica, Isaac, and Boyd also fit into the lesson of the week, which is all about belonging to some sort of group. While the three new werewolves weren’t dreamily wishing they were a part of the cool crowd, they still wanted to shine in their own ways. Derek offered them a highly tempting alternative to their depressing lives, which is akin to a rich man offering a poor man a million dollar check to change his life around for the good. Who wouldn’t take that deal? Well, maybe someone strong-minded enough to see through the thin veneer of the complications that might would come with such a choice. Derek saw this with both Scott and Jackson, who have their own agendas after receiving their respective bites. 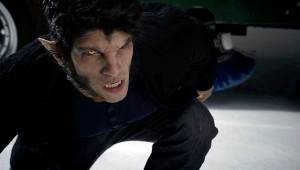 With that said, two questions come to mind: 1) Will Erica, Isaac, and Boyd all turn on Derek or become too hard to handle when its time for battle? And 2) should we count Derek as a villain of sorts now, since he’s using the new teen wolves as pawns in a battle that should be avoided at all costs?

While Derek was drafting new teen wolves, Scott was determined to stop his former mentor in his tracks, but got his ass handed to him in the process for not being one with the pack. Now that Derek has his three members for his pack, does that mean Scott is officially out? Or does he still owe allegiance to Derek?

Hopefully, Scott will now take Allison’s “I don’t want you to be normal, I want you to be alive” statement to heart and just focus on what’s in front of him instead of around him, because he has to learn that he can’t save everyone. When he tries, Scott increases his chances of getting in the crosshairs of the werewolf hunters, especially with Gerard on a werewolf murdering campaign at the moment, which would only end up hurting Allison when everything is all said and done.

Other moments to note from the episode include Lydia’s freak out of seeing Peter Hale in the most odd places. Wonder if her discovering that Peter used to be the captain lacrosse player will mean anything in the long run? My money is on Peter possibly being Jackson’s father, a theory that I will hold on to for later. Speaking of Jackson, he really ground my gears when he accused Lydia of being the reason he can’t turn into a werewolf. He’s clearly demented and doesn’t deserve the power of a werewolf ever. So imagine my shock (disgust) when he actually lifted his truck tonight. Lord, help the denizens of Beacon Hills if this man gets any supernatural powers. 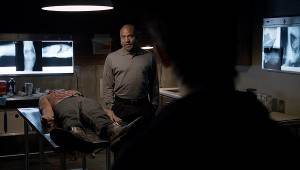 We also saw the reappearance of The Vet (Seth Gilliam), aka “Doc,” but no answers on exactly who or what the hell he is were given. One thing I did see was that Doc could potentially become an unlikely mentor for Scott in the long run. It would seem plausible if Derek decides to kick Scott from his pack for good.

Finally, we saw the beginnings of Allison’s training and just how far the Argent women will go to get answers when needed (Mrs. Argent in the kitchen with a knife was just… yea). But I wonder if there was any truth to the dangers (other than the obvious) for the Argents if they are bit by a wolf. Was Mr. Argent just playing around with Allison or is there really a threat if such an event happened? More questions, little answers.

That’s all I have for now for this week’s episode of Teen Wolf. Do you guys have any questions you want to ask? Sound off below!