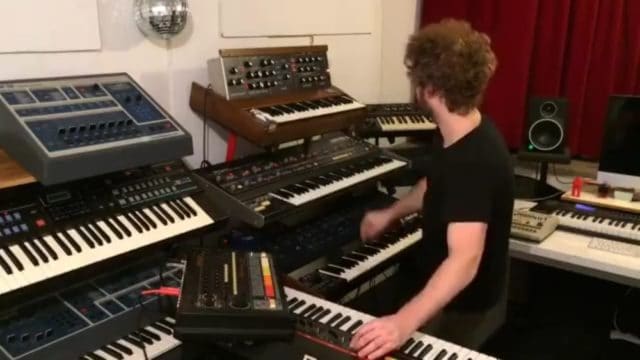 The theme song to the Netflix hit show Stranger Things is arguably one of the cooler theme songs out there.   It’s got this retro feel almost reminding me of some kind of science fiction movie from the 80s.  There’s also a slight hint of X-Files in there.  When you listen to the song it’s like you’re being taken back to times when you were a kid and you went to the movie theater to watch a feature you were dying to see.  I don’t know.  There’s just something about it that works.  Frankly I think it’s the synthesizers.

So what better a way to improve an already awesome theme than using even more keyboards and electronic sounds?  While you don’t actually need this many keyboards and synthesizers to recreate the Stranger Things theme you still have to appreciate it.  Musician Luke Million starts with the traditional opening of the now classic opening theme to Stranger Things but as you’ll start to hear, things getting a little “strange.”

Strange but awesome.  Nicely done Luke!  Check out the clip below: