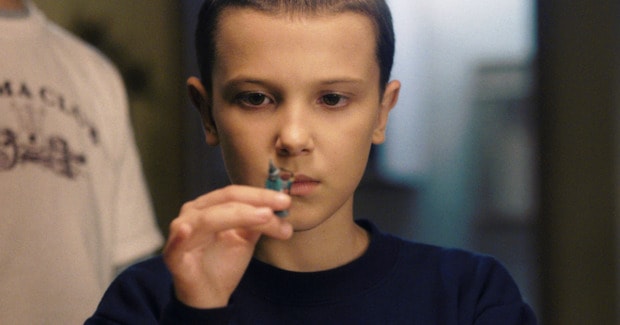 This was probably the kindest I’ve ever seen Honest Trailers be with anything, and that’s saying quite a bit really since normally Honest Trailers seeks to tear things apart, in a nice, practical way of course. The thing is that what they say is, as it sounds, completely honest. Stranger Things is all about nostalgia and if you look you can see a great many scenes that are heavily influenced by other movies. It’s not much of a secret really but it’s an amalgam of things that makes up the show and in a sense makes it as great as it’s been so far. Stranger Things has been on the lips of nearly everyone that’s watched it since the first season and now that the second season has no doubt been binge-watched by a great number of fans we’ll begin looking for an Honest Trailers to come sometime in the future.

There are a few things that might seem explainable now that most of have seen season 2 and any spoilers might not be so bad if you get wind of them. One is the Demogorgon. If you remember this thing was impervious to a lot of punishment, or at least it seemed that way. It could take round after round of ammunition being shot at it and into it without so much as a scratch it looked like. But when Steve lit into it with a spike-studded bat it actually rocked back on its heels for a moment, as though stunned.

It could have been that it wasn’t used to its prey fighting back, or it could have been that blunt-force trauma delivered up close and in person might affect the creature a lot differently than a slew of quickly-moving projectiles that might bounce off. That doesn’t make a lot of sense now that I type it since bullets would have a lot more force than a baseball bat, but then again the bat didn’t do much damage, it simply used Steve’s own momentum and force to stagger the beast. We’re talking about a creature from another dimension here, few of the rules that apply to humans seem to take hold of the creature.

And as for the lab and the people of Hawkins not seeming to care. When was the last time you saw people flocking around and discussing something that’s supposed to be top secret when they know that anything they say might get back to the authorities that are working at the lab? Plus look at it this way, the lab technicians and the doctors are probably well-versed in how to shut down any questions that might be aimed at what they’re doing and why, and if the strange disappearances in town have anything to do with the lab itself.

The last note of course is Barb. Poor, fan favorite Barb who had a limited amount of screen time and yet became so loved that her sudden departure from the story was worth more than a blurb here and there. The character’s got her own following for crying out loud.

Anyone see that coming?