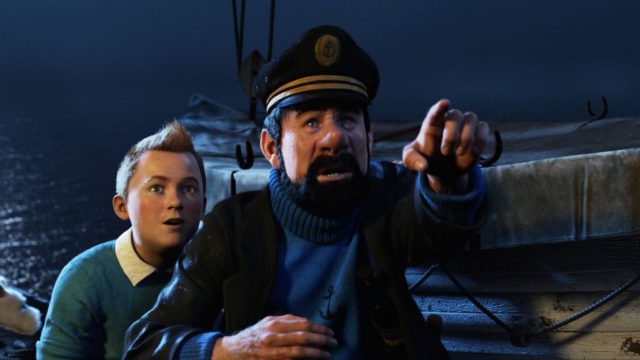 Unless your what some might call a tintinophile, yes it sounds odd, you may or may not care about the fact that Steven Spielberg has confirmed that Peter Jackson will be directing the sequel to The Adventures of TinTin: The Secret of the Unicorn. Anyone remember that? It might not be possible since the movie didn’t do all that well in North America. TinTin is a memorable enough character but he seems to be lacking that kind of verve that other characters have that gives them the popularity they need to stick around. There are likely enough people in this country that actually know about TinTin, but still the overall average sentiment seems to be that he’s not really that high on the list of people’s favorites.

The comic was a hit in Europe and the Belgian adventurer/reporter has been seen in North America quite a bit but he’s never really taken off in the same way as other characters and it’s kind of doubtful at this point that he will, but I could be wrong since the generation coming up behind us is all about new things and innovation, sometimes. Spielberg has said that it usually takes two years of production to produce one of these films, so it might take at least three years before another TinTin movie is seen. That might sadden fans of the movie for a moment but it’s almost rest assured that they will get over it. There’s no real reason to bash the film it just seems that people don’t care about it that much.

It could be that there’s simply too much competition in North America that TinTin can’t match. He’s usually been seen as a more wholesome and family-friendly cartoon that can be shared by everybody without any conflict, but that could be his downfall as well. While the content of TinTin isn’t really that boring it’s still not quite comparable to other films that might be more engaging and quick-moving. It says more about the audience than it does about the movie when only quick, random flashes of action that lead to more random flashes is the accepted method for movies. But TinTin just doesn’t seem to be keeping with the times when it comes to entertaining the masses on a continual basis. If a show is going to survive amidst the competition it needs to have something that people want and can’t get enough of. TinTin just doesn’t seem to have enough.

Maybe in the time it takes Peter Jackson to go ahead and get started with the next movie, if it’s really happening, he will find a way to somehow make TinTin more exciting and possibly create more hype about the film so that people will be too excited to see it to ever ignore a single trailer. It’s optimistic and maybe a little naive to think so but it seems fair to think that TinTin could possibly reach the audience and find some fans. It could happen.