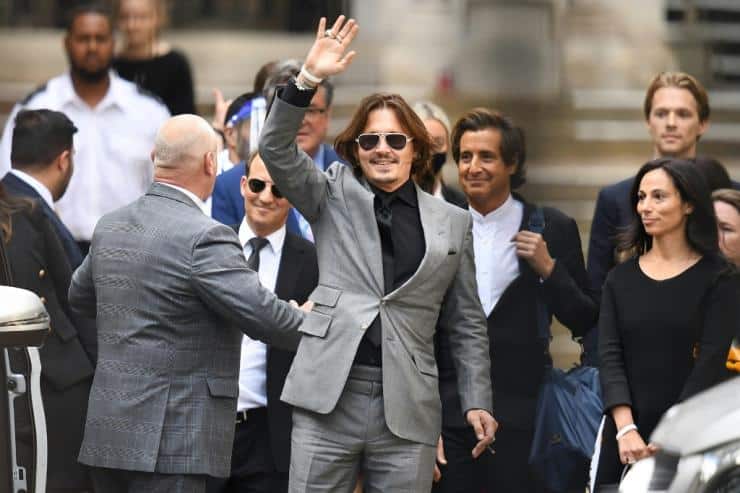 At this point I know it’s not just that think that Saturday Night Live has become a cringe-worthy version of its former self, but stating that the skit concerning the Johnny Depp/Amber Heard trial was in poor taste is a matter of opinion. There’s no doubt that it isn’t what some fans wanted to see since the skit has managed to divide fans of the show (yes, there are still fans) and have sounded off to make it known that they either thought it was great or that it was ill-timing on the part of those involved. The long and short of it is that SNL has made it a habit to create skits that mirror the real world quite often and will tackle real-world issues in a manner that will get people to laugh. But at times it does pay to wonder if the folks in the audience are being recorded, or if there’s a laugh track waiting and ready to be switched on when the time is right. It’s a little too easy to be cynical of SNL at this point, but it has little to nothing to do with the subject matter they pick for their skits.

To be fair, they have every right to pick at the trial since it’s dominated the newsfeeds for a while now, and the truth is that the publicity that’s come from this court hearing is nothing short of irritating and pointless when it comes to those that have decided to watch. People aren’t gaining much from this other than cheap laughs and an opportunity to spread possible secrets and opinions regarding Heard and Depp. The farce that this trial has become is morbidly amusing in a way, but thinking that SNL was going to miss out on this chance to parody the moment is kind of naive since there was no way that they were going to sit by and do nothing.

While it hasn’t always been in good taste, SNL has managed to create various skits that have taken on one subject or another that was deemed controversial and turned it into something that people could laugh at, or something that people felt was highly inappropriate. In this case, there appear to be a lot of fans that feel that this skit was ill-timed and ill-advised. The ironic part of this is that a lot of people are more than willing to keep tabs on the trial and will call out the skit for being controversial and inappropriate while having little to no issue with the actual trial. This kind of puts the priorities of many people in perspective, and gives a lot of validation to the opening of the skit when it’s made clear that people are finding the trial entertaining. The mere fact that people are willing to say anything about an SNL skit means that they have far too much invested in a trial that has little to nothing to do with them. Between this fact and the idea that Depp has lost roles while Heard has lost next to nothing, there are way too many people that have tried to toss their hat in the ring when it comes to saying something.

Some would criticize those of us that say they don’t care since we have no skin in the game, but the truth is that if one has skin in this particular game and is willing to take offense to something that has nothing to do with them, they might have other issues that need to be resolved. But again, that’s no one else’s business, other than to state that the Depp/Heard trial is a giant farce that SNL decided to cash in on, kind of like they did with the Heaven’s Gate tragedy, or their ISIS skit, or any other skit that might have covered a topic that people weren’t ready to laugh at. The thing about humor, and comedians know this better than anyone, is that timing is a key factor since many other elements can easily be accepted so long as the joke is right for the time and place. But what’s funny about this is the fact that the Depp/Heard trial is ridiculous to become divided about. The best question to ask is: why do so many people care?

Maybe that’s why others can laugh since they see this and they figure that it’s not their business in the first case, so it’s easier to see the humor in it. Of course, Depp and Heard aren’t laughing…well, Depp is to be certain. But the fact is that the people who state that SNL went too far with this skit are typically those that treat celebrity issues as though they’re breaking news and meant to be the focus of all life when they occur. Seriously, it’s a court trial that’s lasted too long and is apparently sucking up the attention it’s being given as it continues to extend way past the point of being vaguely interesting.