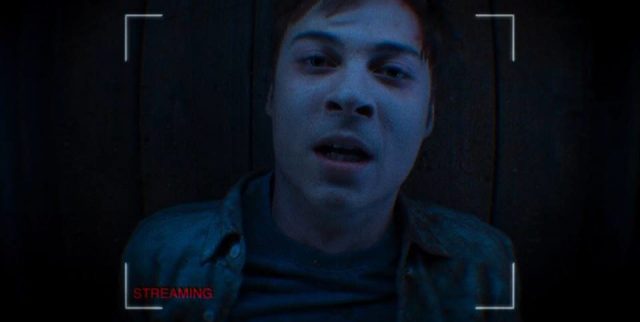 As Counting Crows might say (would the characters on this show even know who Counting Crows are?), “don’t it always seem to go that you don’t know what you got ’til it’s gone?”

We’re another week closer to the season finale of Scream, so it’s time for the gang to get busy killin’ or get busy dyin’. Unfortunately, our “heroes” aren’t killers, so it looks like we’re in for the latter rather than the former. Let’s take a look at what happened in last night’s new episode, “The Vanishing.”

The episode opens with the long-awaited autopsy of Piper Shaw after the discovery of her body at the end of the previous episode, and it has a surprising element that Emma’s mom realizes ties to her and her living daughter. She reels from this find as Emma and Audrey finally attempt settle their differences in order to start working together to figure out what’s going on in town. Tensions are still incredibly high, though, because Emma finds it so hard to trust her friend after all the lies that have come to light, and she leaves before there’s any real reconciliation.

After the discovery inside of Piper, the sheriff settles on a theory that Brandon James, Emma and Piper’s father and the original owner of the mask, is really alive and is seeking revenge on them. Maggie doesn’t allow herself to believe this, though, but it does lead to a fun little series of flashbacks that starts showing more of the backstory surrounding Brandon and their connection. The sheriff goes exploring to try and find out if Brandon James really is alive and seeking vengeance, but his quest leaves him with more uneasy questions than answers. 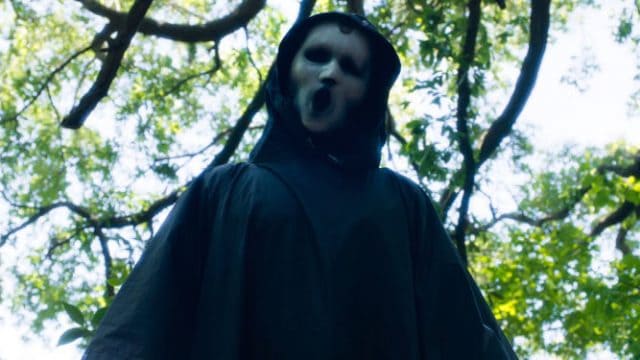 I mentioned last week that Noah’s happiness couldn’t possibly last, and “The Vanishing” is the episode in which everything changes for him. After Zoe doesn’t show up to school, he plans to meet her at their “spot,” but it turns out that she’s been taken by the killer (there’s an incredibly fun line about how Noah and Zoe should have known what was coming now that they’ve had sex, a classic horror trope that was explored in the Scream films). Noah is stabbed in the woods and taken, too, and it’s all done in an attempt to get Audrey and Emma to work together on a scavenger hunt. Noah stays buried alive as they search for him, and I want to mention how great it is to see the strength of character that Noah shows. He’s determined to not let the killer “win,” and he also very clearly cares more about Zoe’s safety than he does his own. It’s moments like this that reaffirm the fact that Noah is the best and most well-developed character on the show. The trippiness of his hallucinations were also very well-done (especially later on), and it makes me wish the season would have committed a little more to the cerebral horror that it’s flirted with since the beginning.

The two end up managing to save Noah, but all three have to continue their quest with the knowledge that Zoe is still in danger. Unfortunately, they end up finding her far too late, and the Lakewood killer (does the killer this season actually have a moniker?) has claimed yet another victim. Unlike the murder last week, the ending of Zoe’s story has the right amount of weight since we spent so much time getting to know her. We also get to  consider how devastating this is going to be for Noah, making the death even harder to swallow.

The episode ends with a moment that’s equal parts confusing and shocking, and it simultaneously moves us closer to finding out who the killer really is while also, possibly, taking us further away. Seeing as there are only two episodes left, though, we’ll end up finding out soon enough.

“The Vanishing” was a very strong episode of Scream that had some great character moments and real horror while also moving the plot quickly toward a conclusion. With only two hours left in the season, there are still so many questions that need answered, and I can’t wait to see what happens next.

What did you think of this week’s new episode of Scream? What are your expectations for the final two episodes? Let us know your thoughts in the comments down below!

Strong character beats and real horror help “The Vanishing” stand out as one of Scream‘s best episodes of the season.