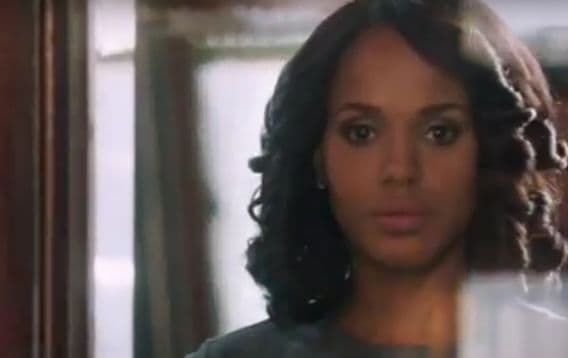 When Liz North introduced Mellie to her benefactors in last night’s episode, Scandal came full circle. Everyone has been blackmailed by the man and the woman, and everyone is in their control. Next week, they will work together to take down those benefactors.

Things to note about that promo:

Finally, something I would really like to see by the end of this season is what the public is thinking. Even though no one knows what is happening behind the scenes, there must be some confusion out there. After all, Cyrus was named President but he went to jail. Then Mellie was named President but Cyrus was let out of jail. Now, Mellie is President again. What do the people think about all that?