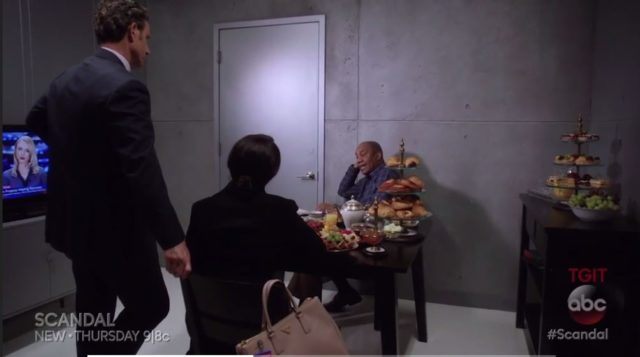 ABC has released a sneak peek for the upcoming episode entitled “Mercy.” In it we see Liv and Rowan having dinner, before Fitz coming in and interrupting. Rowan isn’t happy about being stuck in his room. He wants to leave, disappear. No one will find him in Zanzibar. After all, they didn’t find Liv there either. Rowan also calls taking on Peus and Mystery Woman a suicide mission. He just wants out.

Some things that are worth noting in this sneak peek:

Will Liv get Rowan to agree to take on Peus and Mystery Woman? Find out tomorrow.