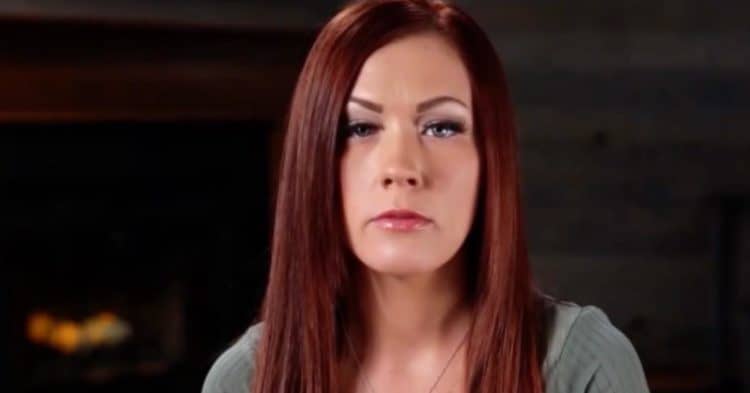 Reality television is really mind-boggling. What started as a simple concept has turned into something so insanely out of this world. It almost seems as if networks work hard to see if they can outdo one another with their ideas for reality shows, and the fact that there is an audience for all of these shows is nothing short of baffling. Someone, somewhere – lots of someones, to be precise – want to see things like “Love After Lockup,” which is essentially a show about people who are looking for love and navigating relationships after they’ve been incarcerated. This type of reality television might not make a lot of sense to some, but it does provide endless hours of entertainment for those with time. Sara Isaac is one of the women from the show, which premiered in 2018, and her fans want to know more about her.

The people who appear on this reality show have spent time in prison. Some people are in there young, some are old, and some are in there for a short time rather than a long one. She was only 22 when she was arrested, charged, and sentenced to time in prison, but she’s out now.

Unlike some of the people on the show who did stupid things to end up in jail, Sara Isaac’s did something more than a little stupid. She killed a man. She did not mean to kill a man, but she did. She was indicted for involuntary manslaughter. She was the woman who injected a man with heroin that resulted in an overdose and his death. She was there with two other women who happen to have tried to hide the needle. They were arrested for tampering with evidence.

She’s on the show because she met a man, and they seem happy. His name is Shawn Osbourne, and they seem to be in a good place with one another. In fact, there are some rumors that they got married over the summer of 2021.

The reason that she got married – according to many of her fans online – is that she is pregnant. It seems that this couple allegedly found out they are expecting a child of their own, and they decided to get married. Neither has commented or confirmed this, so it’s just speculation at this point.

5. Her Alleged Husband Has a Thing for Inmates

What’s particularly interesting about Sara Isaac’s relationship is that her potential husband is a man who makes it a habit to date women who are in jail. He’s got a long history of dating women who are locked up and seeing if he can make things work with them when they are released from jail. For now, though, it seems that he is not living that life.

6. She’s Going to Be a Stepmom

If they really are married, then Sara Isaac is going to be a stepmother. Her alleged husband has six kids with his former partner. His most recent ex is back in prison, but she did not go quietly from their relationship. She accused him of cheating when he was communicating with his children’s mother, and then he found out she was cheating, but it was too late because Destinie – his imprisoned ex – stole his money and his car.

Sara was arrested for involuntary manslaughter back in 2014. She was 22 at the time, which means she’s somewhere around 29 now depending on her birthday. We don’t know precisely how long she spent in prison, but she was arrested for what she did seven years ago.

8. Her Rumored Husband is a Liar

What has fans really up in arms about the alleged marriage between these two is that it seems like it simply will not work. He already lied to his alleged wife about how many kids he has and many other things – like his age. However, she doesn’t seem to have that much of a problem with his lack of truthfulness. A great way to start any marriage, right?

Of all the things she’s done in her life and the way it’s turned out, it can be said that out of all the former inmates who have appeared on this show, Sara Isaac is the one who seems to at least have her life together. She is stable and capable of caring for herself, and she seems to live with a great deal of remorse about what happened in 2014 when she was indirectly responsible for the death of a man. However, her taste in men is questionable.

At the moment, there is not that much about her life that is confirmed, but she’s coming back to television to continue telling her story. Fans and those who watch and follow along with the inmates and their partners will get to see a lot more about her as they air more shows.