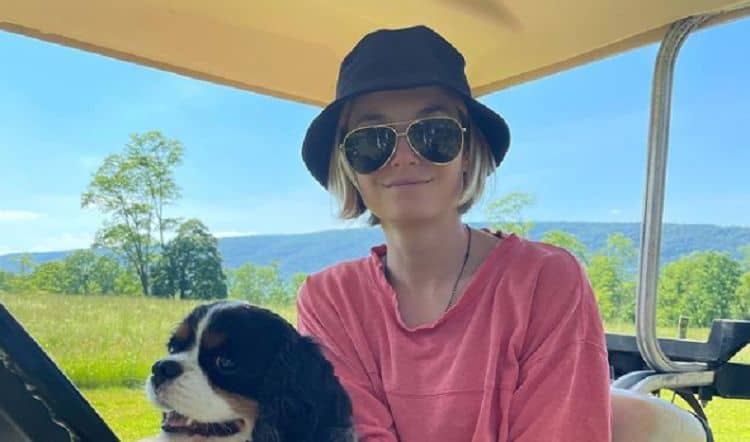 Bridget Malcolm is a model and while you might recognize her face, you’re less likely to recognize her name. Until now, that is. She’s making headlines the world over for her resolve and her fierce words against Victoria’s Secret, and everyone will know her name and her face in a matter of days. The model has led an interesting life, and she’s sharing so much of that with her fans online. If you don’t know her, it’s time to focus on what she’s all about and who she is.

Bridget Malcolm is from down under. She was born and raised in Australia, and she is proud of her heritage. She enjoyed her childhood growing up in the Australian area, and she spends as much time there as she can.

If you didn’t realize it already, she’s a model. She’s been in the industry since around 2007, and she’s managed to work with many major brands, walk runways, and model for magazines and such. She’s done well in her career, and she has nothing but happiness over what she’s managed to accomplish.

3. She Was Discovered in a Crowd

Every little girl dreams of being discovered in some capacity, but Bridget Malcolm was really discovered. She was in a crowd when she was spotted and asked to be a model. She was asked to take part in a model search that ended with her finishing in 3rd place. She became a model right after.

When you get to be a model, you get to do cool things. She’s gotten to walk some of the most famous runways in the world. She’s walked in shows for Tibi, Ralph Lauren, Stella McCartney, and she’s walked in the Victoria’s Secret Fashion Show. She’s done amazing things as a model, and many young women look up to her for her positive influence.

There have been times in her life when people have shamed her for her body. Some don’t like the way she looks, some don’t like that she doesn’t look how they’d like her to look, and she’s been accused of promoting unhealthy lifestyles to young people in the past. She’s dealt with a lot, and she’s managed to focus on things that are positive – even apologizing to the world for encouraging some unhealthy dietary lifestyle issues at one point.

6. She is a Ballerina

Something you might not know about this successful model is that she was once a ballerina. She was trained for many years as a child. In fact, she was trained as a ballet dancer for more than 13 years of her life. It explains so much of her grace.

7. She is a Musician

This model is a married woman. She was married in 2016. Her husband is a musician, too. His name is Nathanial Hoho, and we really do adore his last name. It’s got to be great during the holiday season. This couple wed in an unusual place; they got married in Pennsylvania.

9. She is Slamming Victoria’s Secret

She once modeled for them, and now she is slamming them. The company made a controversial move recently when they announced that they will no longer have Angels, but that they will replace their angels – trained models who do this for a living – with something called the VS Collective. Essentially, they’re no longer using models to model their clothing. They’re using activists, athletes, and actors rather than models. It’s a crushing blow for those who have worked their entire lives to become professional models, and people are not happy about it. She is now speaking out about the company and its unhealthy policies and the terrible things that happened to her when she was modeling for them.

She was rejected from the 2017 Victoria’s Secret Fashion Show by the L Brands CMO, Ed Razek, when she gained weight and ‘did not look good enough,’ after going from a 30A bra size to a 30B bra size. She’s also come out to say that modeling for the company left her with a ‘ruined digestive system and chronic anxiety,’ as well as years of her agents encouraging her to use cocaine, engage in sexual activity, and lose weight – all before she was even 18.