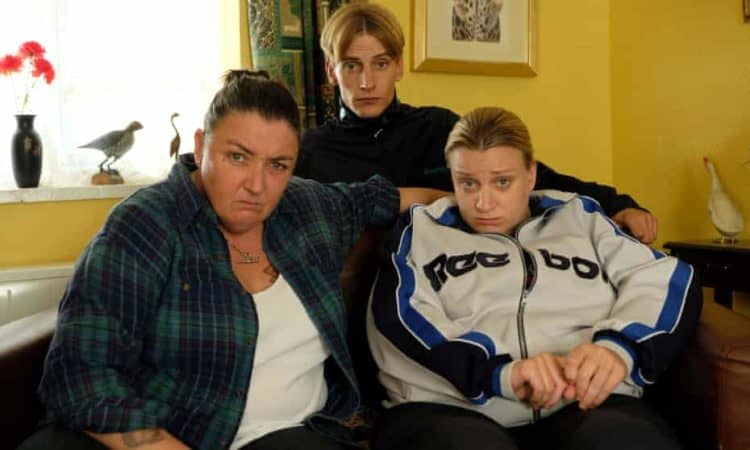 Ashley McGuire has been in the entertainment business for more than 20 years. During that time, she has managed to build a solid resume that includes a variety of credits in TV shows and movies. In recent years, she has become best known for her roles in things like Angela Black and Eastenders. This year, though, there is another role that she can add to the list. Ashley’s latest credit is in a new TV series called This Is Going To Hurt. The comedic series is based on a memoir of the same name and it centers around the lives of a doctor named Adam Kay. Although Ashley isn’t one of the show’s stars, she lights up the screen every chance she gets. Keep reading for 10 things you didn’t know about Ashley McGuire.

Acting is a very competitive space so it’s important that people do what they can to stand out among the rest. For Ashley, that meant working hard to sharpen her skills as much as possible. She studied acting at the Rose Bruford College of Speech and Drama and what she learned there has certainly helped her in her career.

2. She Was In The Harry Potter Movies

The Harry Potter movies are arguably the most popular movies of the 2000s. Ashley is proud to say that she is part of the franchise’s legacy. Ashley had roles in Harry Potter and the Deathly Hallows: Parts 1 & 2. Her parts may have been small, but they were still a great experience.

Just because Ashley spends most of her time in front of the camera doesn’t mean that she can’t also be comfortable behind it. In her free time, Ashley really likes taking pictures and it’s clear that she has a good eye for capturing the best moments. She often shares many of the photos she takes on Instagram.

4. She Likes Being Outdoors

Despite all of the time that Ashley has spent in the entertainment industry, she is still a very down-to-earth person who enjoys the simple things in life. Ashley looks forward to any chance she gets to be outdoors. She has lots of appreciation for the beauty of nature and everything it has to offer.

Despite being born and raised in the United Kingdom, Ashley is a very big fan of America’s favorite pastime: baseball. It’s unclear exactly which team is her favorite but she enjoys being able to go to games whenever she can. Don’t get it twisted, though, Ashley also likes to watch soccer.

6. She Likes Playing A Variety Of Characters

There are plenty of actors who spend their entire career playing the same kind of character. Ashley isn’t one of them, though. She isn’t afraid to step outside of her comfort zone and take on different kinds of roles. This kind of versatility has been a major asset to her over the years.

TV shows and movies aren’t the only places Ashley has been able to put her acting talent on display. She has also lots of theater experience and she has been part of more than a dozen stage productions over the years. Some of her theater credits include Henry IV and The Suicide. Even though on-screen opportunities appear to be her main focus, Ashley still continues to do plays here and there.

There’s always something heart warming about finding out that a person loves animals. With that being said, get ready for your heart to melt. Unlike some people who are dog people or cat people, Ashley is someone who likes both. She also has love for all kinds of other animals.

9. She Wants To Have Her Ashes Scattered At Sea When She Dies

Most people don’t like to think about anything having to do with their death, but Ashley has already put some thought into how she wants her memory to be honored. In a tweet, Ashley wrote, “I am saying yes to this. At 49 years old, I might not find a place I love to be more than here. My mums ashes went in that sea, and one day so will mine. @ Estepona”.

Ashley has lived in the United Kingdom for her whole life, but that doesn’t mean she hasn’t gotten the chance to see other parts of the world. She has been fortunate to do a good amount of traveling over the years and she has been to countries such as Spain and Canada.