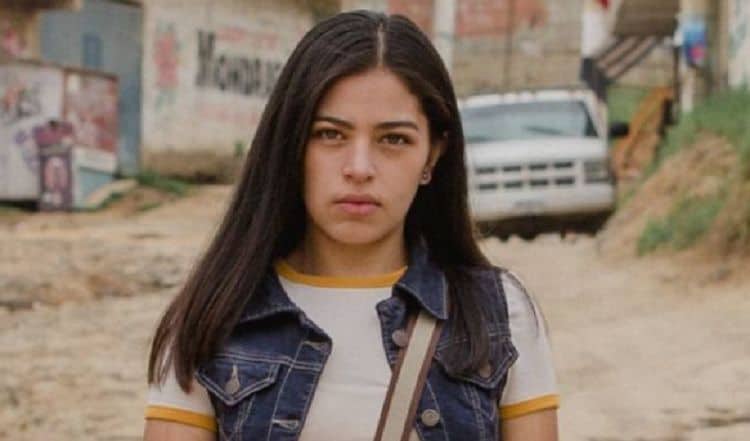 In case you haven’t heard of Netflix’s project, “Dark Desire,” it is a project that the world is excited about. While the show itself is not a new one, it is entering into its second season, and it has garnered a huge following as of late. It seems that fans recently discovered the show about a woman who is married by spends a very disturbing weekend away from home that changes the course of her entire life in one passionate moment, and she has no idea what to expect from her own future. Now that season two is coming out, the show is gaining even more steam than ever before, and it’s got many fans calling it ‘that new show on Netflix” because that’s what you do when you discover a show on Netflix for the first time. Now that it’s gaining even more popularity, fans want to know more about Samantha Orozco, one of the stars of the hit series.

1. She is Exceptionally Private

Despite the fact that she’s on this hit show, that she’s worked on many projects over the course of her acting career, and the fact that people know her name and face, she is not someone the world knows much about. She doesn’t share too much personal information, and that is not common in this world of social media oversharing. However, it isn’t a bad thing for her to maintain her privacy outside work.

2. She is All About Evolving

She wished her Instagram fans a happy new year at the beginning of 2022 by wishing them a year of evolving. It sounds to us like she knows that becoming a better version of yourself with each passing day is of the utmost importance, and that is something worth admiring about her.

3. She Loves the Little Things

Of course, we are big believers that it is the little things that are the biggest things, if that makes sense. Eating what you want (while maintaining a healthy lifestyle and being moderate about all the good stuff without depriving yourself, of course) and laughing when you want are two of the most important things you can do for both your physical and mental health, and she does both.

4. She Loves What Her Job Allows Her to Experience

Something that is so unique about being an actress is that you get to live more than one life at a time. She is an actress who knows that while her actual life may not allow her to experience certain things, she can do that within her characters. For example, she does not have any older sisters in reality, but she does on television – and she loves getting to experience that.

5. She Loves The People She Works With

Her costars are also her friends in many instances, and we know the importance of that. Being with people who you like, respect, and enjoy is something so important in any aspect of your life, but it’s especially true when you’re working.

6. She Believes in Loving Life

She’s confident enough to stand up in front of the world and portray a new character with each new project, and to believe she can make them her own. Her confidence is unmatched, and it is also inspiring. She is so good at what she does, and she is helping girls her own age – and many other ages – realizes that confidence is all it takes to realize you can do anything you want.

8. She Loves a Good Friendship

When it comes to happiness, she’s a young woman who recognizes that friendship is a good thing to have. She loves her friends, they love her back, and she realizes that they are some of the most important people in life. People who love you change the world.

When the world shut down at the beginning of 2020, she didn’t hide out hoping for the best. She used her time alone without anything to do wisely. She learned as much as she could about herself. She learned to enjoy her own company, and she did not waste a moment.

10. She’s Only Getting Started

Samantha Orozco is only getting started when it comes to her career and everything she’s doing with her life. She’s already a star, and she continues to take on roles that challenge her and make her work harder than ever, and this is paying off for her in every manner of speaking.