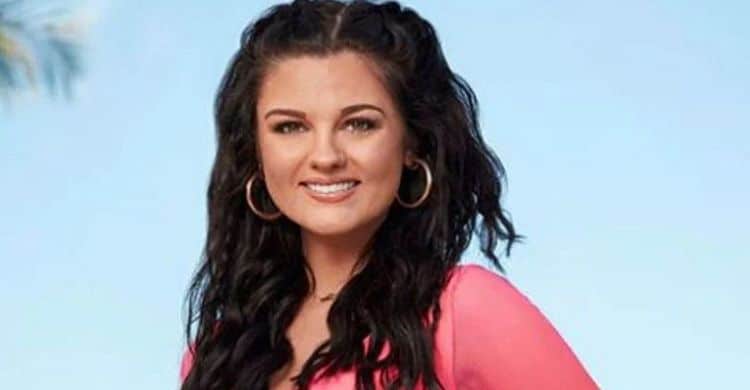 Being a single lady on Temptation Island is far better than being a woman in a relationship wondering if your boyfriend is being faithful or if the temptation is too much. Reilly Moeller is one of the single ladies of season four of this controversial, questionable, odd show, and she is not worried that anyone is behaving inappropriately behind her back because she’s there to find love, not to prove her love for anyone. Will she find the man she’s looking for on this show, or will she leave single or heartbroken? While we don’t know much about how life turns out for her after the show, we can tell you that she seems like the kind of girl who is there to have a good time more than anything else, and that might work out for her.

1. She’s Going to be Trouble

When she said in her own biography on the USA page for the show that she loves to stir the pot, we knew she’d be trouble. She’s going to bring herself into this show and cause some serious issues with some people just for fun, and she doesn’t seem to have any regrets about this.

She’s a beauty pageant queen. She is proud of that, too. She is only 24, but she’s spent many years of her life competing in pageants and doing what she does best. She’s happy with that, and she is not going to change her way of thinking.

3. She Was Mocked Growing Up

Growing up, people did not like the way she looked. She didn’t have the same pretty face she has now from what we can ascertain, and being a beauty pageant queen is something that she seems to be doing well with these days. She’s happier now than she’s been in some time.

She’d like the world to know that she is someone who can do some hard things, and those hard things include playing musical instruments. We call this difficult because we cannot play any of them despite taking years of piano lessons as a child because I thought it was classy and well-rounded. She plays 10. Yes, ten.

5. She is More Than a Pretty Face

What Reilly wants the world to know is that yes, she is a pretty girl. But, no, that’s not all she is. She’s so much more than that. She is smart, intelligent, she has a great personality, and she is ambitious and exciting. She’s here to do what she’s doing, and she’s going to show the world who she really is.

6. She is Into Mixed Media Sculpting

Full disclosure – we had to Google this to see what it means. It is, essentially, the art (no pun intended) of working with items you can turn into sculptures. The caveat is that each item is a different plinth, material, and it stands on its own in some capacity.

7. She’s Always a Runner Up

Though she is a beauty queen, she’s never been a pageant winner. She continues to play in the finals, but she’s always a runner-up and never the woman crowned at the end of the pageant. She was part of the Miss Iowa USA pageant three times in her life. Never crowned, but she did place within the top 5 each time.

8. She Loves Her Career

When she’s not on stage looking for a tiara, she’s at work doing her thing as an esthetician. Her job is demanding, it’s exciting, and it is one she is quite proud of. You will find her doing what she does best at work in Iowa.

9. She Knows What She Wants

10. She Asks for What She Wants

She is a young woman who does love the camera, and she used her own Instagram photos to ask for sponsorships when she tagged all the brands in the photos she posted. She is not shy, and that tells us she probably gets a lot of what she wants.