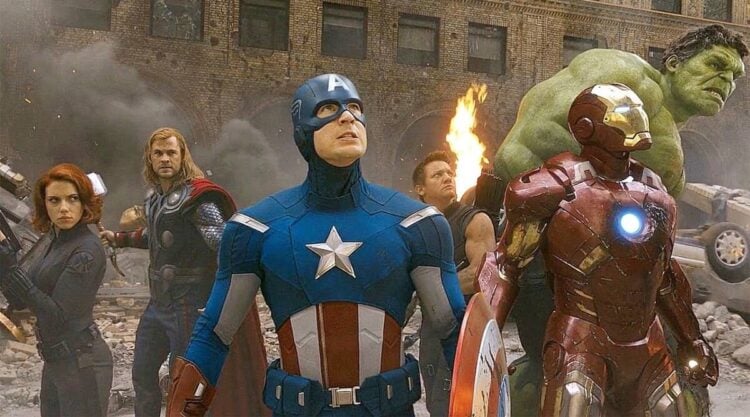 We almost always see superheroes on a mission and rarely get to see them doing anything other than fighting the good fight and enjoying some needed downtime, right? But what if they took on an actual job in the real world? What would they do? There are heroes in the comics that do have regular jobs, since Jennifer Walters, aka She-Hulk, is a lawyer, and a few other folks that have been in the comics have taken on other jobs. But what would the MCU Avengers be able to do, and what jobs would they gravitate toward if they were given the choice? There are a lot of different answers that people might come up with, especially since everyone has a different opinion and perspective of what an individual might be capable of outside the role of a hero. It’s not hard to argue for a few of them, but as for the others, well, it’s kind of up to the interpretation of each person.

Here are a few real jobs that the Avengers might be able to perform.

It does sound like a bit of a downgrade to think of Cap as a gym teacher since it feels as though he should be meant for something greater. But as a motivational speaker it does feel as though he might be able to inspire a lot of people with a very real style of talking that wouldn’t sugarcoat things. Imagine Steve Rogers  giving a TED Talk. You can bet that a lot of people would be tuning in since his ability to build people up and make them believe in something is hard to deny. I mean come on, it’s Captain America.

Granted, Tony Stark could do just about anything he wanted since he was rich and was able to speak in front of people without any issue at all. But given his nature it feels as though he would lose patience with a teaching job and wouldn’t have the desire to be a motivational speaker since his arrogance might take over more often than not. But as a YouTuber he wouldn’t have to be in society to be a part of society since he could share everything he was doing over the internet with the full intent of entertaining people and perhaps even giving the Avengers a platform to show people that they were in fact seeking to help them in a big way, since their public image could use a little polishing.

This feels like the safest spot for Bruce, especially after it’s been made clear that he’s able to handle his anger and control the issue he’s had with the Hulk. It does feel as though dealing with students, especially high school students, might be enough to bring the jade giant out to make the students understand that their shenanigans wouldn’t be tolerated. But it also feels as though Bruce would be capable of holding things down and finding the means to pass on his knowledge in a manner that might be beneficial to others.

In reality, one can easily think that Clint Barton might actually be a jack of all trades and master of several since he’s shown the kind of versatility in the MCU that makes him far more valuable than a lot of people realize. It’s fair to say that working a regular nine to five job might not be his cup of tea, but as a security specialist it does feel as though he might have a purpose, especially if he were to take on high-end clients that didn’t expect him to do much more than test out their systems to see where the flaws might be. It does feel that Clint might be able to find a few flaws in one security system or another.

There’s that old question of what happens when the warrior has no wars left to fight, but in Thor’s case that doesn’t appear to be the case most times since it would appear that there’s always a fight somewhere that might require his special abilities. But as a personal fitness trainer he might excel simply because it does feel that he would be in high demand. Of course, if he needed more excitement, his extreme durability might make the life a stuntman the life for him. Hey, if he can take a straight shot to the face from a frost giant and laugh it off it’s fair to say that he could take a few heavy hits during an action scene.

She’s already posed as an assistant, so let’s be clear that this doesn’t feel like it would suit her. But as a businesswoman, someone that’s confident, in charge, and in control of her own brand and knows how to strategize and make the right moves to grow her clientele and expand, it fits her in a big way. Now, whether she would have the patience to deal with people or not is hard to say. But she did deal with Tony for a while, so maybe it’s not so hard to believe.

Could the Avengers handle day jobs? That’s a good question.