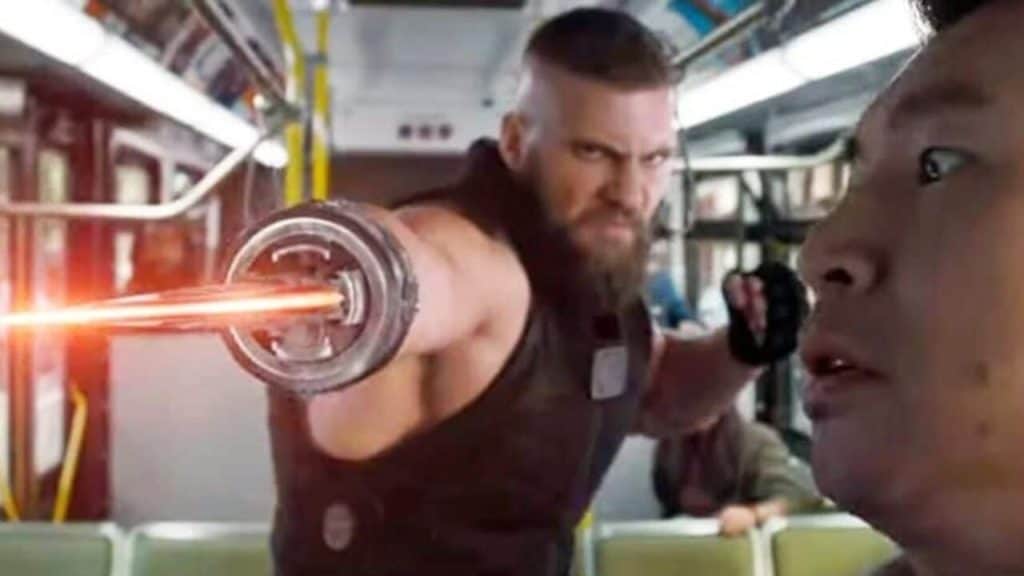 Florian Munteanu must have a thing for fighting guys that are smaller but just as tough as his characters are since looking at his roles in Creed 2 and Shang-Chi makes that fairly obvious. But even if it’s not that hard to find guys his size, the people he’s been taking on thus far are uniquely skilled and definitely capable of knocking him down a peg or two. It might be interesting to see Wolverine and Razor Fist in a fight, but at the same time, one has to wonder how much further Razor Fist will be taken in the MCU, despite the fact that he was still around at the end of the Shang-Chi movie. But one also has to wonder if Wolverine is going to be the easiest person to cast given that Hugh Jackman personified the character for so long. The likelihood of this happening doesn’t feel like it could be all that great, at least not unless someone in control was able to see a bit of value in bringing this kind of story to life. Since there’s no telling when the X-Men will step into the MCU at this time it’s hard to say that it will ever happen.

But it would make for an interesting fight since a lot of enemies that have wanted to go blade to blade with Wolverine have either found out that they’re nowhere near as vicious as the Canadian mutant, or they’ve been good enough to keep pace with him and in some cases give Wolverine more than he can easily handle. When it comes to Razor Fist it feels as though Wolverine might have a rather vicious fight on his hand considering that the character is trained in the martial arts and knows how to use the weapon that’s been attached to the end of his arm. It’s usually been easy to mention that Wolverine knows several fighting styles, but we never really get to see them in the movies since the idea is to turn him into a berserker more often than not.

Hopefully, Florian will have a future in the MCU since Razor Fist is a character that does have potential at this point and could be a great addition to the next Shang-Chi movie or even as someone that can help the MCU in his own way, but it kind of goes without saying that earning any chance to show the depth of the character is bound to meet with at least a little resistance since despite being a part of the comics for a while, Razor Fist is new to the MC  and as such he still needs to prove himself a little bit if he is brought back. So far he’s not all that bad of a character to be fair, but it’s likely that he’s going to have to earn his place and possibly even take a more forceful approach when it comes to being his own character in the MCU. Whether we’ll ever see him apart from the Ten Rings doesn’t appear likely since he’s put his devotion and heart into this matter, and while it’s possible that anything could happen it’s also a lot easier to believe that he’ll be staying right where he is unless there’s a reason to use the character in a different story.

As far as fighting Wolverine it doesn’t sound like a huge possibility and even Florian knows it, though like many others he’s stated what he would like to see happen. If this ever happened it would mean that a crossover had occurred that made sense and brought the characters together, but again, seeing the direction that the MCU has been headed in lately doesn’t really make it appear that this is a huge priority. Fans and stars alike are bound to state what they would like to see, but what we’ll actually see is probably going to be something that’s aligned more with the comics while taking off on a new path that might be a surprise but won’t be what people are expecting. In other words, the MCU will strive to present what they believe that fans will like no matter what the fans say or request. That’s kind of how this whole thing works.

The hope right now is that Florian will stick with the MCU for a while, or for as long as they need him around since Razor Fist could end up being a decent character down the line and someone that might take on a little more depth. But as we’ve seen with the MCU over the years, there’s likely going to be a lot of changes coming in Phase 4 and the phases yet to come, so raising or lowering one’s expectations as to what will happen will be a touch and go type of deal.