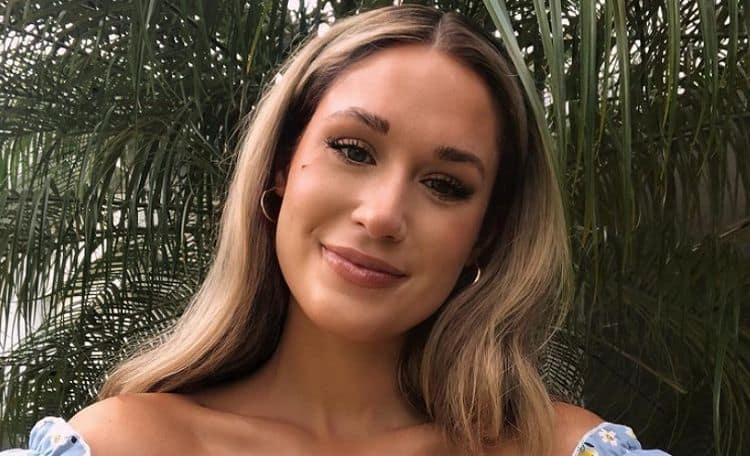 Finding the right person to settle down with is always easier said than done. After years of looking for love in more traditional ways, Rachel Recchia has decided to do something a little different. Rachel is a contestant in the 26th season of The Bachelor, and she’s ready to find love in front of the world. Even though she’s going to have to fight for Clayton’s attention, she is already showing that she has what it takes to steal the show. If everything goes the way she wants, Rachel won’t have to look for love anymore. She will be leaving the show with a life partner and a massive fan base. Continue reading to learn 10 things you didn’t know about Rachel Recchia.

Rachel was born and raised in Florida and she is a true Florida girl through and through. She still lives in the Sunshine State and she loves taking advantage of the beautiful weather whenever she gets the chance. That said, she may have to consider moving to the Midwest if she ends up getting the final rose from Clayton.

While most people are competing over who has the better car, Rachel is flying above all of the foolishness – literally. Rachel is a commercial pilot as well as a flight instructor and she spends a good portion of her time up in the air. Naturally, she has also done lots of traveling and she has been to several countries including Italy, Indonesia, and Thailand.

3. Respect Is Very Important To Her

Everybody has certain qualities that are must-haves in a partner. For Rachel, respect is right at the top of the list. She wants to be with someone who is not only respectful to her but to her family and other people he may come in contact with. So far, it looks like Clayton checks this box.

Live is all about having as many memorable experiences as possible, and that’s something that Rachel doesn’t take lightly. She loves getting out and living every moment to the fullest and she never turns down the opportunity for a new adventure. Hopefully, Clayton can keep up with this side of Rachel.

5. She Was A Cheerleader

Competition is nothing new to Rachel, and that will probably work in her favor during her time on The Bachelor. Rachel attended Ohio University where she was a member of the cheerleading team. We weren’t able to find any information on what Rachel majored in while she was in college.

6. People Predict She Will Be High On Clayton’s Radar

Even though the season is just getting started, Rachel is already getting lots of attention from Clayton (and from viewers). There are many people who predict that she will be one of the girls to make it far in the season. Of course, however, we’ll all have to tune in and see how things play out.

7. The Bachelor Is Her First TV Show

Any time there is a dating show on TV, there are always some people who aren’t really there for love. Instead, there are hoping to get some camera time so that they can try to get other opportunities. It doesn’t look like Clayton is going to have to worry about that with Rachel, though. From what we can tell, Rachel has not been on any TV shows prior to The Bachelor and she doesn’t appear to have any aspirations of having a career in the entertainment industry.

Harry Potter is easily one of the most popular fantasy franchises of all time, and Rachel is a big fan. One of the things she’s looking forward to is starting a family so she can read the books to her children. If you’re a Harry Potter fan, you’ll probably agree that it would be interesting to know which house she would be placed in.

9. She Enjoys Connecting With Viewers

Being thrust into the spotlight of reality TV can be overwhelming, but Rachel seems to be handling it with grace so far. Her social media following is already growing and she’s been getting lots of comments from fans. She has been doing her best to respond to people and she seems to genuinely appreciate everyone’s support.

Do you have one snack that you can never get enough of? If so, you can probably relate to Rachel’s love for Hot Cheetos. She could eat them all day every day, but considering the fact that they aren’t very healthy that probably isn’t the best idea in the world.