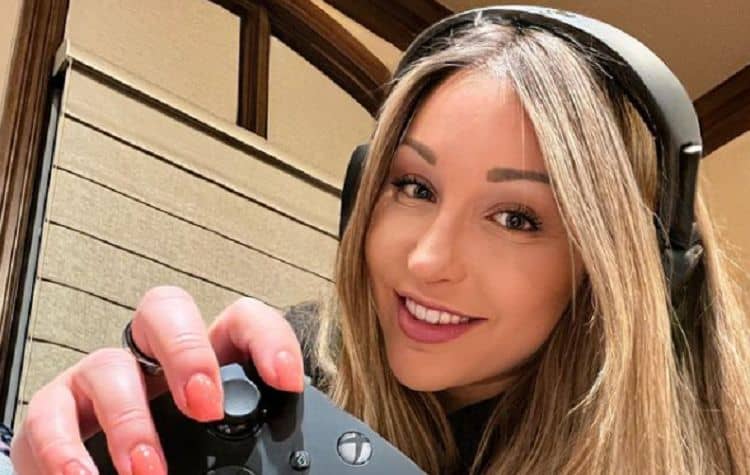 If the name Jessica Blevins is unfamiliar to you, you are not alone. She’s an online personality married to another online personality, and not everyone is a fan of online personalities. She’s married to a man by the name of Tyler Blevins. Tyler Blevins is well-known in the online community as Ninja, and she is known as both his wife and his manager. However, she’s making headlines as of February 2022 because of her announcement about stepping down as manager to her husband. People who do know this couple want to know if there might be some trouble in paradise. Those without a clue as to who these two are just want to know who they are.

1. She is Stepping Down for Her Own Brand

2. Her Husband is a YouTuber

Here’s where the non-fans start to realize who this person even is. He’s a YouTuber and a Twitch Streamer, which explains why anyone who isn’t a teenager may not know who these two are. He is a famous online personality who plays video games and records himself, and she is working on doing something very similar to her husband.

This couple has been married since 2017. It is unclear how long they were together prior to their wedding, but they’ve been working diligently to build his brand, his gaming platform, and his online presence since long before they were married.

4. She is Not Stepping Down Yet

The internet will have you believe she has already resigned as her husband’s manager and that she is moving on already, but this is not the truth. She simply announced that she is in the process of stepping down. It’s imminent, but it has not happened yet.

5. She’s Signed Her Own PR Team

At the moment, she’s working to build her brand, and one important step she’s already taken to make that happen is signing a PR team to her brand. She’s allowing them to take over that aspect of her business, which is a huge step for anyone.

While we might not know how long they’ve been dating, we do know that this couple met officially in 2010. They met at a Halo event, which is another type of video game for those who are unfamiliar. It was a tournament, and they were both players from what we understand. She thought he was cute, but he was already dating someone else, and they would not reconnect for many years.

She knew that he had a girlfriend for years, so she didn’t tell him that she had a bit of a crush on him. Like a lady, she did not have any interest in being disrespectful to either him or to the woman he was dating at the time by making it known she was interested. However, she occasionally checked his Facebook page to see if they were still together. She waited until he was single to reach out – which was years.

8. They Don’t Spend Much Time Together

There are many people who think that it’s an easy gig to play games online while streaming for the world to see, but it is not. They work more than 12 hours per day, and missing a day can cost them a lot of subscribers, which can cost them a lot of money. Essentially she and her husband are both working hard most of the day, and they don’t get much quality time.

9. She is Business Oriented

Some people are wondering how she came to be his business manager to begin with, and the answer is simple. When they began dating and eventually began living together, she was horrified that he would respond to business emails without capitalizing letters, without writing an entire word – he’s of the text lingo email reply group of young people – and she immediately noticed how unprofessional it came across. She stepped in, and the rest is history.

10. She Works to Keep Her Marriage Separate from Their Business

Think what you want about the ‘kids’ on the internet playing games for 12 hours a day and making a living from it, but this woman is anything but childish. She’s running a successful business, she’s managing her husband, and she’s learned that she needs to be a wife, but she cannot always be his wife. She has to be her husband’s manager, and that means putting their marriage aside and focusing on conversations that are not easy, conversations that are not meant for spouses, and she has to balance that delicately.