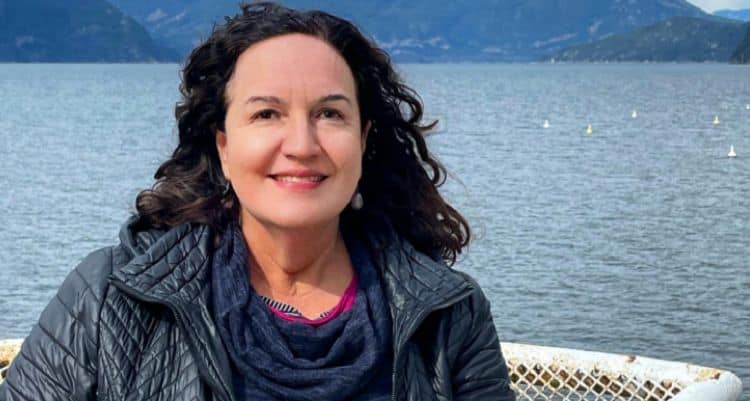 Olga Martinez has had the kind of acting career that most people can only dream of. Since starting her journey more than 30 years ago, she has gotten the chance to be part of many awesome projects. From the stage to the screen, Olga has shown people all over the world that she has what it takes to put on memorable performances. The best part of it all, though, is that Olga still has lots of awesome things to share with the world. She will be in a TV series called Blockbuster although it’s unclear when the show will debut. The series will be set at the last Blockbuster Video in the country. Keep reading to learn 10 things you didn’t know about Olga Merediz.

Most people will spend their entire lives living in the same country, but Olga has had the pleasure of living in two. She was born in Cuba. However, she relocated to the United States with her family when she was only about five years old. After initially settling in Miami, the family relocated again to Puerto Rico.

From what we know, Olga doesn’t have any biological children. However, that hasn’t stopped her from experiencing the joys of motherhood. She is a diehard animal lover and dogs have an extra special place in her heart. She has an adorable fur baby who has become the star of her Instagram profile.

3. She Loves Spending Time In Nature

Olga is fortunate to be doing something she loves, but she also likes to take a break to enjoy some of the other things that life has to offer. Olga really enjoys being outdoors. She loves going for long walks and enjoying the beauty of her surroundings. She also likes to relax by the water and soak up some sun.

4. She’s Been on Broadway

Olga has a very impressive on-screen resume, but she has also had a very successful career on the stage. She has been a part o several Broadway productions over the years. Her best-known work is probably playing Abuela Claudia in In the Heights. Her work earned her a Tony nomination for Best Performance by a Featured Actress in a Musical.

5. She Has Behind-the-Scenes Experience

Acting has been Olga’s primary focus throughout his career, but she has also shown an interest in other areas of the production process. In 2021, she made her debut as a director and producer with a documentary called My Two Moms – A Story of Separation. It seems likely that we’ll see her step behind the camera more in the years to come.

6. She Loves Giving Back to Others

Just because Olga has achieved a lot of success during her career doesn’t mean that she’s forgotten about the struggles that lots of other people face. She has made it a point to give back to others as much as she can. Over the years, she has helped sponsor people all over the world.

Learning another language is one of those things that can feel like a never-ending challenge. Needless to say, learning two additional languages can be even more difficult. However, it’s something Olga has managed to do. Olga is fluent in English and Spanish and she also speaks French.

8. She Wants to Play A Variety of Roles

Once an actor gets really well known for playing a particular role, it can be hard for them to be cast for other parts. However, Olga doesn’t only want to be known as Abuela Claudia. Olga told W Magazine, “I would like to play different roles. What I’m afraid of is that everybody’s going to say, ‘That’s the woman who played Abuela Claudia, let’s get her for the abuela part!’ I feel like after playing this quintessential abuela, I don’t know if I can play any other abuelas. I want things that I can transform myself with, I like to play invisible characters and transform myself, I’m a character actress. Things that have depth and are interesting. Hopefully we’ll see. Either that or I’ll retire”.

Some celebrities have been criticized for not taking a stance when it comes to certain topics, but Olga doesn’t have that issue. Olga is the kind of person who isn’t afraid to speak up when it comes to the things she believes in. She has called out things like racism and genocide and she always makes it clear where she stands on things.

10. She Didn’t Think She Would Be Part of the In the Heights Movie

Olga really shined when she played Abuela Claudia on Broadway, but she never thought she’d be part of the movie version. She told Entertainment Weekly, “There were never talks about me playing her in the movie. Zero talks. Nada. To be honest, it was a surprise to me when they came to me and said, “Would you like to audition?” I went, “Of course I would like to audition, what do you mean?!” And so I really just wanted to audition, blow it out [of the park], and impress them. That’s what I wanted to do, whether I got the part or not.”