Home
Movies
No, Garfield Does Not Need Another Movie 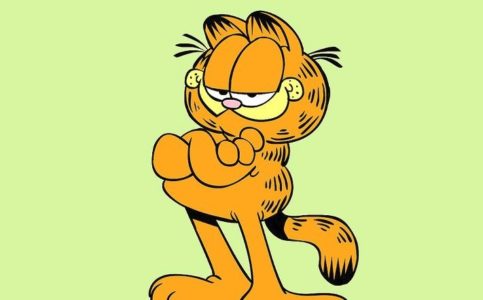 Chris Pratt is voicing Mario in a movie, which is cool. But now, he’s voicing the famous talking orange tabby cat, the bloated and cynical Garfield. That is a lot to take in. Why? Well, I’m all for another Super Mario Bros. movie, because I have a good feeling Hollywood learned from the last one. Hopefully, we’ll forget that movie was ever a thing, but it’s good they got some talent for this upcoming one. It’s animated, not live-action, and I’m pretty sure the goombas won’t be weirdos in bad costumes this time. But who would’ve thought that Chris Pratt would play the lead? I mean, he’s not even Italian, but whatever, he’s still Chris Pratt. I’m going to watch his Super Mario Bros. movie, but his Garfield movie? Yeah, I don’t know about that one. Now let me just point out that I am very fond of Garfield. He’s one of the greatest comic strip characters of all time. Even though he’s a cat, there’s a very relatable human element to him that you probably don’t want to admit that you relate to. This fat cat loves food, especially his lasagna, utterly despises exercise and most of all, Mondays. Whenever he’s not eating, he’s usually sleeping, and when he’s not doing that, he indulges in teasing his socially awkward owner, Jon Arbuckle, and his fellow pet, a dog named Odie.

In my opinion, what makes Garfield standout as a character is that he often responds to every situation with dry sarcasm. He’s got that sad, droopy face on him almost all the time and has a tendency to not take anything seriously. Despite his seemingly unlikable personality, however, he does care about Jon and Odie very much. He’ll make fun of them at every opportunity, but when they’re in need, he’ll be there to help. This cat may have a bad attitude, but all of his flaws are something you can relate to. I mean, let’s be real, who doesn’t hate Mondays? And you all have a favorite fatty food you like to eat on your cheat day. If everyday is a cheat day for you, then you still love that food, probably a bit too much. But hey, it’s not your fault it taste so good. In the case of Garfield, it’s the lasagna, which began when he was born back in June 19 of 1978, in the kitchen of Mamma Leoni’s Restaurant. That was the beginning of his love for lasagna, but his insatiable appetite made his previous owner choose between him and the restaurant. Of course, the owner chose the latter and Garfield was later sold to a pet shop. This is where he was founded and adopted by Jon. That’s where the story of Garfield began and everything after that was pure classic comic strip gold.

That reminds me, does anyone else want a Garfield movie? Oh, that’s right, we got one back in 2004 and a sequel in 2006. For those who completely forgot about them, Bill Murray was the voice of Garfield. As much as that fit, Bill Murray famously despised doing those movies. That’s probably why they turned out to be bad, but I barely remember them. Well, guess what? It turns out we’re getting another Garfield movie from Sony and the awesome Chris Pratt is voicing the fat cat. Now again, Chris Pratt is cool and I’m confident he can deliver as Mario? But Garfield? I mean, when I think of the cynical cat, I don’t see the hilarious Chris Pratt’s voice coming out of his mouth. Of course, Garfield was always funny, but not the same kind of funny Chris Pratt is. Just think about when Chris Pratt gave us his voice acting talents in the Lego Movies and think about Garfield. Do they sound like they would go together? Now you can argue that Emmett Brickowski is hardly like Mario, but at least they’re both the gleeful kind of funny. Garfield, on the other hand, is the exact opposite of gleeful. Now granted, that’s exactly what makes him funny, but I just can’t see Chris Pratt voicing the fat cat the way he voices Emmett. He can certainly prove me wrong, and I really want him to. The thing is, I’m not sure if most fans even want another Garfield movie to happen.

We can’t just unsee the Bill Murray movies and he was actually the right guy to voice the fact cat. For a guy who was practically coerced into the role, he sure did deliver. But after trying to get through that first movie, I have a feeling Garfield just wasn’t meant to be a movie. It was kinda cool to see the cat in live-action form and it did spark my interest. What I’m not sure they can pull off is making a story out of it. What we love to see is Garfield just being himself and going at it with Jon and Odie. It’s always fun to see that, but is it enough to make a movie? Okay, maybe not a live-action one, because that was tried once and no one really liked it. Just keep it animated, that’s step one. The next step is give us as much Garfield just doing what Garfield typically does. You know, maybe this upcoming movie can explore some of his alter-egos, including Amoeba Man and Super Garfield. If we can get a scene with him and Odieboy doing their thing, that would be cool. What would come after that would be a lot of smug sarcasm and chowing down on lasagna.

That honestly doesn’t sound like it should be a movie. Maybe I’ll just go back to reading those awesome comic strips, because that’s where the legend began. This movie is something we didn’t really ask for, but I’ll be honest, I’ll probably see it. I really want this movie to be good, so I’ll just think about Chris Pratt. I like listening to him talk and I like seeing Garfield. It’s a combination that I am curious about, so I’m going to wait and see.