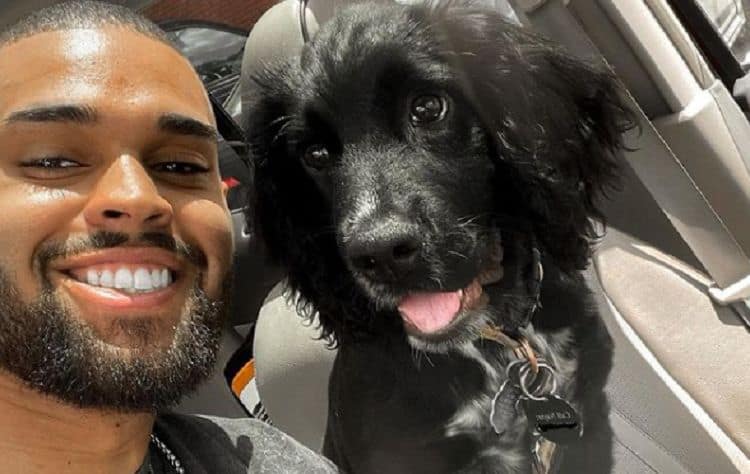 When ABC came up with the concept of taking single men and women and introducing them to a room filled with 25 singles to see if they can all date and find love, the world was hooked. More than a decade later, we are still watching the people from “The Bachelor,” and “The Bachelorette,” look for love in what really does feel like the wrong place – but sometimes it works. We’ve seen more people become pseudo-stars from this reality television show than anywhere else, and we’ve all watched the main stars of each season make so many mistakes finding love. We, America, could probably find these people their perfect match, but left to their own devices, well, they don’t always succeed. Michelle Young is the newest Bachelorette, and right now, we are all watching her find love on television. If we are being honest though, it’s Nayte Olukoya who has already caught the attention of many, and we all want to know more about him.

By choice, that is. He resides in Austin, Texas, at the moment, but he’s from a slightly less appealing climate. He hails from Winnipeg, Manitoba, Canada. Now that we know he’s Canadian, we know why he’s someone who comes across so nice. The rumors must be true.

2. He Did the Bartending Thing

For a portion of his younger years, he did the odd jobs thing working as a bartender. He also did some sales jobs that required him to work on a commission-based salary – no one loves that payment plan. He didn’t want to do the odd job thing forever, though, so he was out looking for the job he wanted while also working to pay his bills.

While working as a bartender and doing other things to keep money coming in, he finally found the job he was looking for online. He hit up an online job website, landed an interview, and became an account executive with a company that allowed him to advance quickly. He was in the role for only 18 months prior to being promoted. He now has a “Senior” at the front of his account executive title.

He got himself a puppy earlier in 2021, and his puppy is everything. He has a black English cocker spaniel whose name is Percy, and we cannot get enough. This dog is the most adorable, and we don’t know why he didn’t get to come to the bachelorette mansion with his dog dad. It would be good for ratings.

He’s not just tall, either. He’s tall-tall. He’s a man who stands 6 feet, 8 inches, and that puts him in the realm of NBA superstar basketball player tall, and we are certain he’s heard that a time or two when he’s been out. No one that tall is immune to the “Do you play basketball?” questions or the “Are you a famous athlete,” questions when they’re out.

6. He Likes a Bold Woman

According to his bio released by ABC, he’s got a list of qualities he’s looking for in a woman that include a lot of bold adjectives. He wants someone who is spontaneous and outgoing. She also has to have the same level of swagger as he has so that she can keep up with him, whatever that means.

If there is one thing this tall, handsome, single man from Texas is looking for, he’s looking for a woman whose passion matches his own. He does not want to be more passionate about life or his life partner than she is about him, and he doesn’t want her to have more passion and about him or about life than he does. He wants a teammate and an equal partner.

He is currently 27, and he’s a college graduate. He graduated from college in 2019. He attended courses as Eastern Washington University. He has a degree in business administration, but he also minored in Africana studies. He was a kid at home who wasn’t sure he knew what he wanted, but he did know what he didn’t want, and he made his way to Washington without a plan, without a job, and without any money, enrolled himself in college, and he paid his way through four years of school while trying to create a much different life than the one he was living.

9. He Was in Education

For a time, he was living in Omaha, Nebraska, with his mom and with his stepfather. While there, he worked in the public school system as a teacher’s aide. His own mother is a teacher, and he likely had the idea from watching her work his entire life. However, he did know that this was not where he wanted to be in life.