Home
Television
Yes, The Bachelorette is Fake and Here’s Why 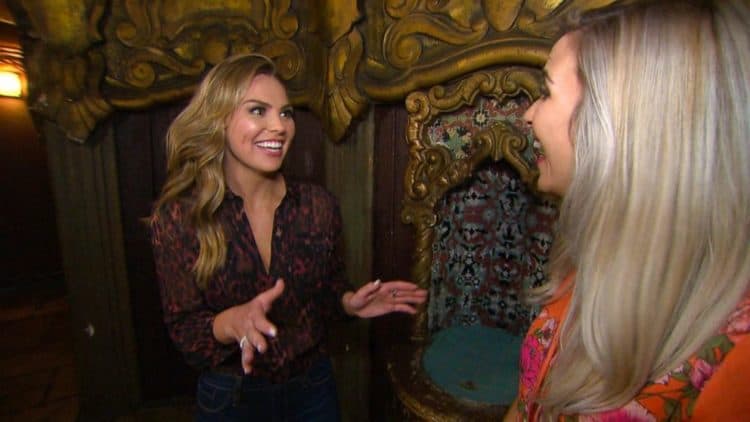 Generally speaking, viewers have pretty cynical opinions about the realness of reality shows. However, this is a case of cynicism being more than warranted, seeing as how most reality shows aren’t real in the sense that most people think of the term. Certainly, there are a small number of reality shows that live up to their name by being as faithful to the truth being represented as possible. However, those make up no more than a small proportion of the whole, meaning that the rest cannot be called real without considerable stretching of the truth. With that said, it isn’t as though the people behind reality shows set out to fool their potential viewers. Instead, they have very strong incentives that encourage them to overlook whatever commitment they might have to creating a faithful representation of the events that happened in truth.

In short, reality shows are made for the purpose of making a profit. As a result, if a reality show can’t make money, the people behind it are going to look elsewhere for their next money-making plan. Like everything else, a reality show can make more money by bringing in more revenues while minimizing production costs, marketing costs, and the other costs that can be incurred by such projects. In this light, there are a couple of reasons why reality shows have managed to find so much success in recent times. One, there are a lot of people out there who enjoy watching them, though the exact reason for this remains unclear in spite of considerable investigation as well as speculation into the matter. Two, reality shows are much, much cheaper to make than their scripted counterparts, thus making them that much more attractive to the decision-makers at various networks. Combined, it is no wonder that reality shows have become so popular so fast.

Naturally, the primary motivator of making money has had a huge influence on the making of reality shows as well, so much so that it can be considered the main reason that reality shows aren’t actually real. Simply put, reality shows are supposed to be either entertaining or otherwise interesting for the people who watch them. As a result, when the captured footage fails to be so, the people behind reality shows have very strong incentives to make it so. Sometimes, this means reshooting a particular scene until it becomes suitable for the idea that the people behind the reality show are seeking to sell to interested individuals. Other times, this means setting up the scene so that it will proceed in a manner that will maximize either spectacle or whatever other factor is causing interested individuals to pay attention to the show. Whichever the case, these plus the other techniques that are used to make reality shows pretty much ensure that they cannot be real save under unusual (and thus more expensive) conditions.

Is The Bachelorette Real?

As a result, it is perfectly natural for interested individuals to be skeptical about the realness of The Bachelorette. After all, it is one of those reality shows that have been running so long that it has become emblematic of the genre as a whole. Something that causes people to associate it with all of the characteristics of the generic reality show, whether that is true or not.

However, it should be mentioned that there are plenty of other reasons to believe that The Bachelorette is fake, which come from people who either have worked on the show or have some other kind of close connection with it. For example, an entertainment reporter for the LA Times has stated that the producers for The Bachelorette have been known to exert considerable pressure on the participants in order to get them to be either more dramatic or otherwise more interesting, thus explaining a fair amount of the curious behaviors seen on the show.

This is supported by what an ex-producer has said about the making of The Bachelorette. In short, said individual stresses that they don’t literally lead the participants on The Bachelorette and its counterpart in the direction that they desire. However, they do exert various kinds of influence to nudge them in the right direction. For example, they won’t literally dictate the people who get to remain on the show. However, it is pretty clear to the titular individuals that they need their show to be dramatic if they want their show to be successful. As a result, they have pretty clear incentives to keep the most colorful personalities on the show even if they might not feel any personal connection whatsoever. Similarly, the very success of the franchise means that there are plenty of fame-hungry individuals who want to make themselves known to the viewing public, thus ensuring that they will do everything that is necessary on their own with minimal nudging from the producers. The same can’t be said for participants who aren’t quite as adept in that regard, but whenever and wherever necessary, it is clear that the producers are prepared to step in.

Does It Matter If The Bachelorette Is Real or Not?

Summed up, it is pretty clear that The Bachelorette isn’t really real in the sense that most people would define that particular term. However, there is the issue of whether that actually matters or not. Simply put, when people watch The Bachelortte and the rest of the franchise, they are watching because they find it entertaining rather than because they buy into whatever it is that is being sold to them. As such, so long as they are enjoying the reality show, it could be argued that they should be fine with it.

Having said that, there are some potential issues when it comes to the ethics of the making of these reality shows. Certainly, there seems to be a lot of people who are perfectly willing to do what it takes for them to get their names known by the viewing public, which is perfectly fine. However, it seems that there are also cases when producers overstep by being too manipulative or by bring too much pressure, which seems rather exploitative. Unfortunately, there is no simple and straightforward solution for this, not least because of the challenges of figuring out exactly when the line has been crossed.