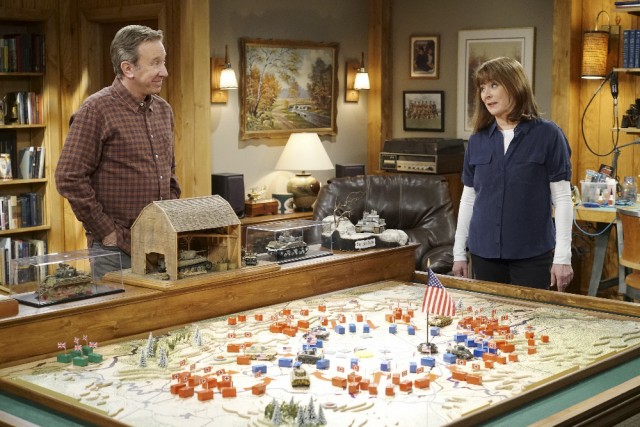 I know, I know. People need to stop calling every time two cast members see each other in public a “reunion”. However, I think if anything qualifies, it’s the on-screen reunion of Tim Allen and Patricia Richardson. Richardson, who played Jill Taylor on the long running sitcom Home Improvement, is making her second trip to Last Man Standing, and has never lost the chemistry she has with Allen. “Tanks for the Memories”, which presented the second reunion for Allen in two weeks, was another strong installment of the show in which they’ve proved why this show has so much staying power.

This week on Last Man Standing: Mike and Vanessa’s neighbor, Helen Potts (Guest Star Patricia Richardson) asks for their help in selling her late husband’s old war toys. Mike, a collector of tanks himself, tries to derail the pending sale (to Good Morning America‘s Robin Roberts) to get the tanks for himself. Meanwhile, Ed is on edge about a bad review of the Outdoor Man restaurant, so he makes Kristin give the reviewer, which turns out to be Eve, a free meal.

There were really only two story threads in this episode, but they were both meaty and strong. One was about Eve and Kristin and their fading relationship. I can’t remember the last time before this episode that the two had a story together. It was a simple, entertaining little story about never assuming how someone is feeling. It wasn’t the meatiest story they’ve ever told (all the literal and figurative meat was saved for the other story in this episode), but it was still fun. Getting Kristin, Kyle, and Eve together worked out really well.

Then of course the proverbial Home Improvement reunion. Patricia Richardson has lost zero steps since her time on the show, and her chemistry with Tim Allen is still apparent. Since they were married on that show, Richardson’s role as Helen Potts gets to explore a different angle. I really like Mike’s relationship with Helen in the same vein as his relationship with Chuck Larabee. You know that even though he pokes fun, that he cares about both of those people. It’s not something that needed to be said, but Mike overcame his selfishness, proving that he’s a good man. These simple stories are easy to relate to and fun, and the strong characters make them infinitely entertaining.

I don’t think this was as strong as last week’s episode, but it was still really fun. Robin Roberts and Patricia Richardson were entertaining guest stars, and the rest of the cast was at the top of their game. It was funny and had substance. What more could you want? 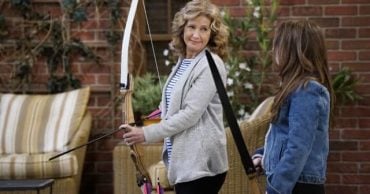 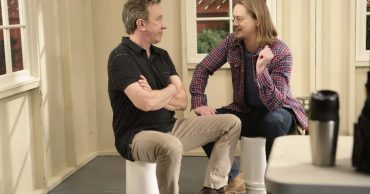 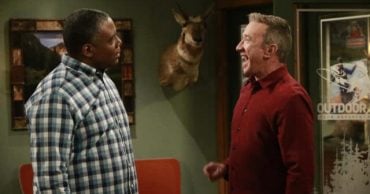 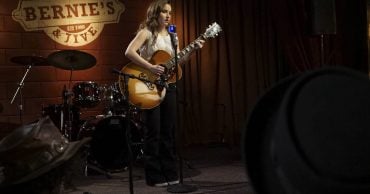 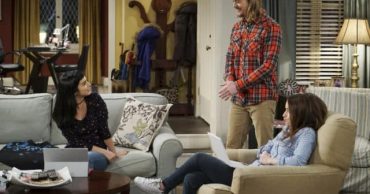 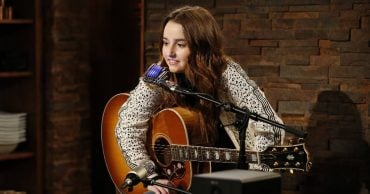