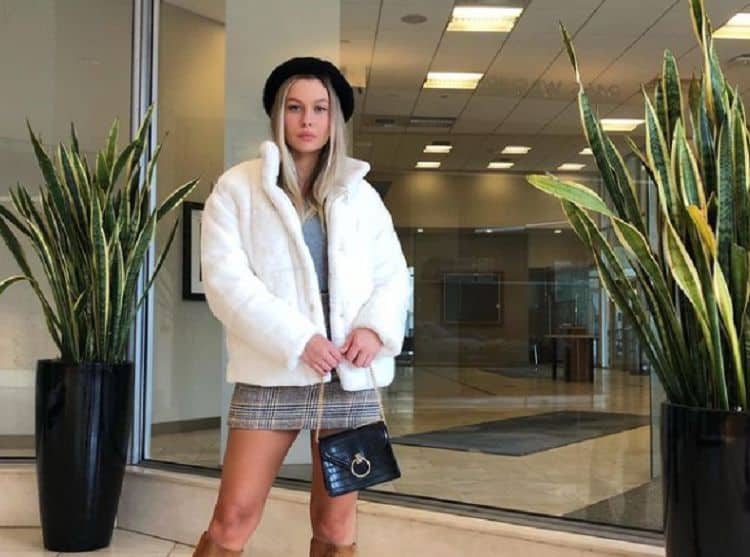 If you’re wondering why the name Natasha Bure sounds familiar, it might be because she’s got a couple of famous parents. She’s the daughter of former “Full House,” actress Candance Cameron Bure and former NHL player Valeri Bure. She’s also following in her mother’s footsteps working as an actress, and fans love her. She’s lovely, she’s good at what she’s doing, and she seems to have a good head on her shoulders. We thought you might want to learn more about the former D.J. Tanner’s daughter.

Natasha Bure is still quite young. She was born on August 15, 1998. She is the oldest of her parent’s children, which makes her the oldest of three. We wonder if she’s the quintessential responsible eldest child or if she took her own route being the oldest?

2. She Competed on The Voice

It was a while ago, but she was part of the hit reality show, “The Voice,” back in 2016. She was chosen during the blind auditions, and it was by none other than Maroon 5 singer Adam Levine. She did not win the show, nor did she make it much further than being chosen during blinds. She was eliminated only a week after she was chosen by Levine.

Her mother gave birth to her when she was only 22 herself, and the two are very close. First and foremost, they’re probably mistaken for sisters on a regular basis. Additionally, they might just be the most adorable mother-daughter duo around. She’s very close to her mom, her dad, and her brothers, and there is nothing better than being close to family.

As a young woman, she’s already making pretty big waves in the world. She’s written a book titled, “Let’s Be Real: Living Life as an Open and Honest You,” and it’s a book that everyone should add to their list. It’s about being yourself, being authentic, and never changing who you are unless you are doing it for yourself.

Growing up, she had a dream of one day becoming a professional tennis player. She’s quite good, and she played for a long time. However, she eventually made the decision to switch to music because it became her passion. She’s not regretting that, either.

6. She Performed for Her Mother

Imagine being a teenager invited to sing for your mother on national television? Well, that’s what she went through when she was only 18 and her mother turned 40. She was invited to participate on “The View” by singing as a surprise for her mother’s birthday. We imagine that was terrifying.

7. She’s Got a Huge Following

One thing that she can say for certain is that people adore her, and we completely understand. She comes across as a lovely young woman, and why wouldn’t people want to follow her? She has more than a half-million followers on just her Instagram page, and she’s not shy about sharing with them. She shares herself, her friends, her family, her travels, her thoughts. She’s a worthwhile follow, certainly.

If you didn’t know this, now you do. She’s a golfer, but please don’t ask us if she’s a good one. We don’t actually know. We only know she enjoys golf because she does post photos of herself on her Instagram feed on the golf course. Whether she’s good or not, she always looks good on the course. That counts for something (so I tell myself each time my husband and I golf and I have the highest score…you know, 50 over par?).

She does have some of her father’s bold features, but she really does look so much like her mother. She has the same eyes, and we imagine that she will continue to favor her mother even more as she ages (beautifully, we might add). As a mom of four whose kids all look like miniature versions of my husband, well, this is such a gift to have a daughter who looks just like you.

Whatever she’s doing, she’s giving it her all. Her time singing, her time acting, her time promoting products and collaborating with brands on social media; she gives them her best. She doesn’t half you-know-what anything she’s doing. Her photos are curated perfectly, her captions are relatable, and she’s someone you definitely want to let influence you. She’s a complete gem.