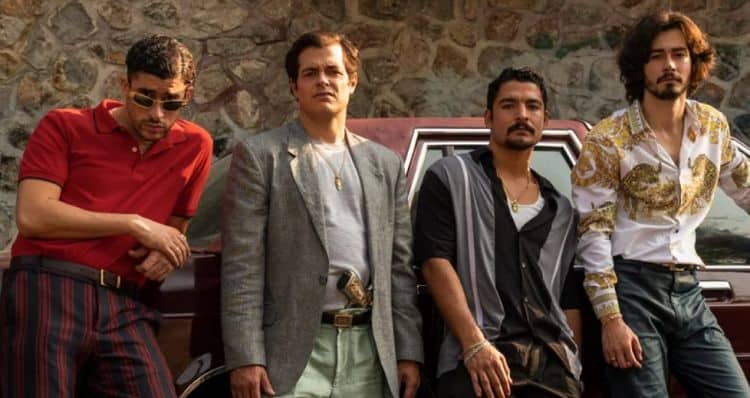 The success of biographical crime dramas lies in its ability to take viewers on a realistic journey through an infamous personality’s life. It usually starts off with a rags to riches story, which takes on an ambitious turn that adds green and the hunger for power into the mix, until it all goes up in flames, and ends in either blood shed or a sentence to life imprisonment. This kind of story has been told far too many times already, but viewers are still up for more. One of the most famous crime drama franchises in the recent years is the Netflix original series, Narcos.

The Beginnings of the Hit Series

The hit crime drama television series first aired in 2015, and has since been renewed for multiple seasons. The first two seasons were set in Colombia, and followed the rise and imminent fall of notorious drug kingpin, Pablo Escobar, who gained his wealth through his wide production and distribution of cocaine. It did not take long for viewers to get hooked to the series’ explosive storyline, which told the timeline of events in Escobar’s life in the most colorful of ways. Each character’s back story was explored, and viewers got a closer look at the inner workings of the drug cartel. The who was also filmed in Spanish, which gave it a more authentic feel. This even required some of the actors to learn the language from scratch. Sometimes, it’s the little details like this that can make a show stand out. The succeeding season 3 featured the aftermath of Escobar’s demise. It focused on the Drug Enforcement Administration’s (DEA) take down of another notorious and growing drug ring, the Cali Cartel. These interconnected storylines are not the easiest to tell, especially if what happens next is already public knowledge. The show’s creators did a great job in being consistent in their efforts to keep viewers on edge one episode after another. A fourth season was announced last 2018, but the directors had a better idea to keep the Narcos fire burning. Instead of a season renewal, they thought of reinventing the successful franchise, and starting off with a clean slate. This led to the birth of a companion Netflix series called, Narcos: Mexico.

The Evolution of the Narcos Franchise

The new chapter bids goodbye to Colombia, and now shifts to the birth of the Mexican drug war in the 1980s. It specifically focuses on the illegal drug trade of the Guadalajara drug cartel, who are starting to become as problematic as their Colombian counterpart. Just like in true Narcos fashion, the story starts off by exploring the beginnings of the Mexican drug war, as well where the Guadalajara cartel originated from, and how they were able to rise to power. The series also focused on the DEA’s new struggles as they try to nip the Mexican drug trade in the bud. This never-ending cycle is slowly turning into a “catch me if you can” saga. It does not make the story any less interesting though. Narcos: Mexico has since experienced a good run spanning two successful seasons. In October 2020, Netflix announced that the series gears up for its last hurrah, as it has gotten renewed yet again for a third and final season.

The upcoming season is set in the 1990’s. A time when the drug world was thriving, and the Mexican cartels were raking in a lot of money from its widening global operations. In the recently released teaser, the drug cartel kingpins are seen waging an all-out war that is sure to be deadlier and bloodier than ever. The new season also starts off on a bittersweet tone, as a series regular, Diego Luna (Rogue One: A Star Wars Story) will not be returning to reprise his role as Félix Gallardo, the leader of the Guadalajara cartel, who (spoiler alert!) was seen to be arrested at the end of season 2. This development changes the dynamics of the show, and gives another drug kingpin a chance to be under the limelight. One promising figurehead, who is just waiting for his time to shine is Félix’s nephew, Amado Carrillo Fuentes’, portrayed by José María Yazpik (Polvo).

In a world of power struggle and uncertainty, you’ll never know what happens next. Long-time fans of the series will also be glad to know that Wagner Moura (Elite Squad), who portrayed the critically acclaimed role of Pablo Escobar in the original Narcos series, will be making a special appearance this upcoming season. Leave it to the show’s creators to end the successful franchise with a bang. Narcos: Mexico is scheduled to premiere on Netflix on November 5, 2021.