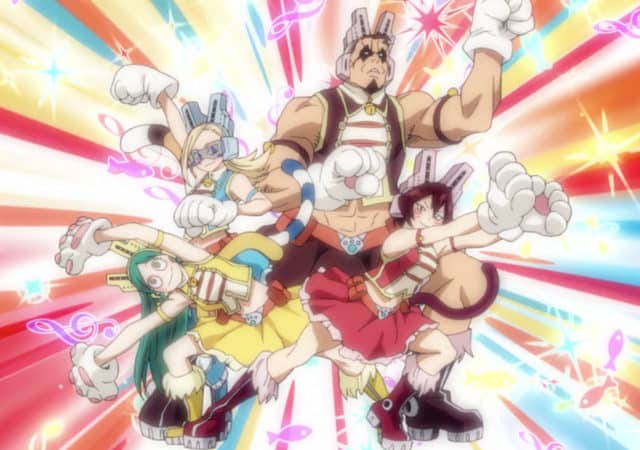 Seeing the students of Class 1-A is always a delight, and this week’s episode of My Hero Academia, “Kota,” managed to give us a quick rundown of all their quirk strengthening training in a fun and surprisingly interesting way.

It is explained that strengthening a quirk is like strengthening a muscle, you must break it down so that it can come back stronger. The episode starts off showing all the students doing ridiculous and exhausting tasks to strengthen various aspects of their quirks; Ochaco is spinning in Zero G to build up her tolerance to nausea and strengthen her power’s weight limit, Iida is running to strengthen his legs and stamina, Tokoyami is training with Dark Shadow in a dark cave, etc.

This segment is a lot of fun, and the rundown doesn’t take up a ton of time like season 3’s first episode recap did, leaving a lot of room for some interesting emotional depth. Specifically, the further exploration of Kota’s views on heroes being pitted against Deku’s own ideals. 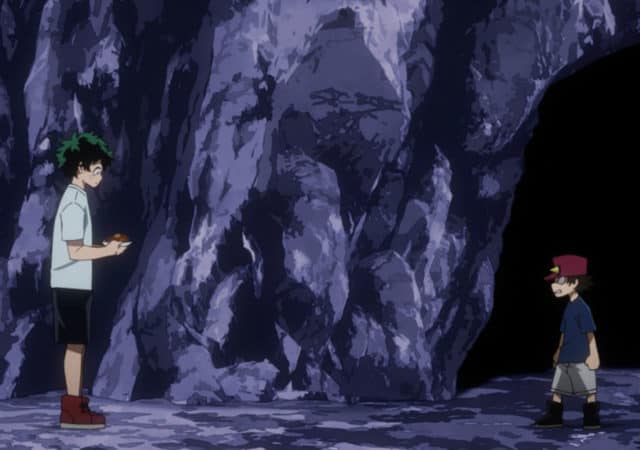 Though parts of the interactions between Deku and Kota seem a bit repetitive, since we already saw how their ideals clash in the previous episode, the actual, face-to-face conversation between the two shows both Deku’s inexperience in dealing with someone who hates heroes as well as how hurt and along Kota feels in this world is still worth seeing. There is also a lot of value in showing how Deku deals with not knowing what to do, realizing with the help of Todoroki that, while his determination to help everyone is admirable, he is only making things tough for Kota by being some stranger trying to reason with his point of view.

Throughout all of this, the villains are planning their attack, finally making their move (the first actual move of the season) during a test of courage being performed by the students. It was great to finally see something happen, as interesting as the camp stuff has been, but even this attack is just the beginning, which made the episode lose a few points for delaying the meat of this story arch until the fourth episode. But, the tension is well executed and I am excited for more.

Check back next week for our review of the fourth episode of My Hero Academia season 3!