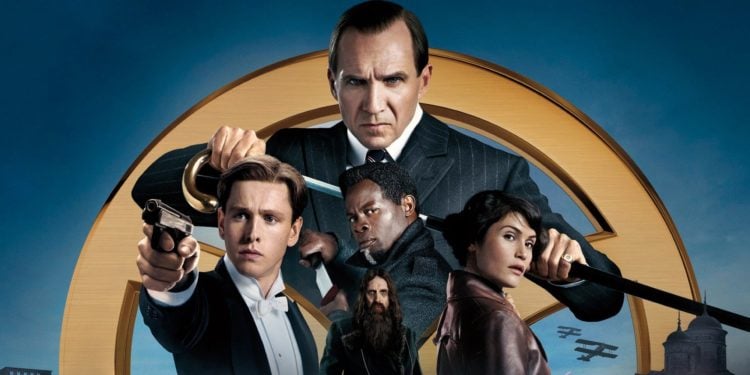 There aren’t a lot of movies out there that are universally hated but there are plenty that stuff whatever hate they receive behind the more positive comments and reviews to make it appear that people love what was given. The King’s Man was more or less the type of movie that a lot of people might have likened to the beginning of a James Bond type of epic, but somehow it went even grittier and depicted the pre-creation of the group that would one day become the gadget-using, expert fighting force that few if any knew anything about. There are plenty of reasons why this wouldn’t have kept the attention of a lot of people since it’s a bit drier than the other two movies, though it’s easy to think that it was going to be like this since the period was far different, and there was more reliance upon martial skill than gadgetry. As an origin story to the first two movies, it feels like something that would underscore the ideas that would come later on, but it feels like more of a story unto itself, with a good deal of separation between this and the present-day features.

The movie isn’t all the bad, to begin with as Orlando, the Duke of Oxford, comes off as a proper gentleman up until his son Conrad grows up and is killed in the line of duty. In essence, the fact that Conrad’s mother is killed when he’s still young and the idea that his father served in the military spurs him on even more to become a soldier, and his level of training is impressive since he manages to handle himself quite well up until he’s mistaken as a spy and shot on sight. One thing that can be said about this movie and its depiction of how Germany, Britain, and Russia were set on a collision course that eventually became the Great War or WWI as many people know it.

Adding in the presence of Grigori Rasputin was intriguing as far as the trailer went, and the way the character was played was entertaining up to a point. But something about this movie still feels like it was lacking, as though it went to the point where it might have been great and then just…stopped…kind of. There’s a better way to explain it, but taking the time to make that extra effort doesn’t exactly feel worth it since as much as this movie was likely meant to be a classic and rough look at the formation of a new group of protectors, it still has the feel of something that failed to fulfill the promise it made in the trailers. Some might want to argue and state that it made no such promise, and perhaps even that it was something that wasn’t meant to be a grand statement. But the fact is that this was to be the beginning of Kingsman and to be fair, it’s kind of hopeful to think that there won’t be a second movie given that this one was decent, but not nearly on the same level as the other two movies.

From a technological standpoint, it wasn’t bound to be just as good since the difference in the tech was worlds apart, but how it was used was somewhat similar since Orlando and his people used what they had versus Eggsy using what he had to work with for the first time was kind of amusing. But apart from that, it was night and day when comparing the devices they had to use. The skill sets of each individual were definitely fun to watch since Polly was far more practical while Shola was far more traditional. Both were still insanely deadly with the tools they used, but the beginning of the Kingsman group was interesting since the reasoning behind it was enough to make a person think that the movie had a lot of potential moving forward. The execution of the idea however didn’t really instill a lot of faith in the audience. It wasn’t the worst movie to be released, but it didn’t perform as it was expected to, especially since the predicted earnings were far more than what’s on the books.

If there is another Kingsman movie to come it feels as though it might be extraneous unless the script is brilliant and can be created in a way that would pay homage to the King’s Man while still advancing the idea that people were given years ago. Anything other than makes it feel as though this idea needs a serious evolutionary step that might elevate it to the next level, therefore keeping things moving in a forward direction that can allow the story to mature and even improve. If that happens, and that’s a big if, it feels as though this storyline might stay alive. installment