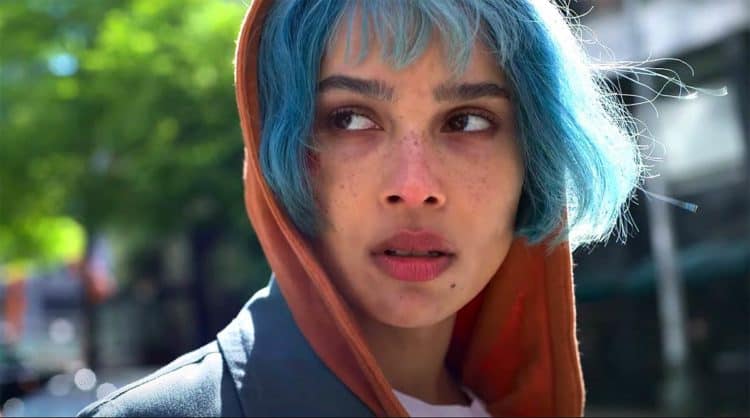 Plenty of people are falling all over themselves to proclaim how good and how provocative the movie Kimi is, so it’s fair to say that a dissenting voice is bound to get ignored or shouted down at this time. But all in all, this movie wasn’t terrible, but neither was it something that is bound to be seen as anything other than a realistic tale of a woman that came close to being entirely unlikable. Even saying something like this might invoke the irritation and possible anger of those that might say that a lack of understanding is the reason why anyone would think that this movie was anything other than great. The truth is that Kimi, which is about a conspiracy in which the main character finds herself after listening to a disturbing stream, presents a tale about a woman that is tough to like and even root for, but villains that are almost cartoonish and inept to the point of deserving the end they receive. In other words, this movie was meant to be smart, was meant to convey the plight of a broken woman that is seeking to do the right thing, and what it comes off as is a story about a rather difficult woman who has reason to be closed off, but is still at fault for her cold and abrupt approach to life and those she interacts with.

From the beginning of the movie, it’s fair to say that the corrupt CEO of Amygdala, the company that Angela works for, is easy to root against since he appears to be a less than a likable individual that’s obviously caught up with something that’s bound to be highly illegal. But as the audience gets to know Angela there’s bound to be a split as some people will feel for her, while others might actually be able to stand back and think that while she’s a flawed human being, she’s still kind of a pain the backside as she has few if any real social skills left. Her anxiety attack at the beginning of the movie that prevents her from having breakfast curbside with her neighbor and love interest is understandable, but when she invites him over, grills him about buzzing in, and then essentially uses him as a booty call before becoming cold and abrupt with him doesn’t reinforce the idea that she’s damaged, it simply appears that she’s a less than likable individual.

In a lot of ways, this movie was kind of confusing from an emotional standpoint since the desire is to associate with Angela and root for her as the protagonist is there, and it’s a feeling that a lot of people probably fell into without even thinking about it, particularly because Zoe Kravitz’s star is shining brightly at this moment thanks to The Batman and other projects that she’s done over the years. But at this moment, in this movie, it’s fair to say that she came off as the character she was supposed to be, but the result didn’t make her feel like someone to show sympathy or even understanding toward, but the deep level of irritation that rose from her presence was easy to feel. Rooting for her wasn’t an easy thing to do, but thankfully the villains were so inept and ridiculous that it was easy to be glad for their demise. The movie ended up feeling like a seriously disturbed graphic novel at one point, and up until Angela uses Kimi to, somehow, disorient her attackers, the mention of the device became less important in the face of Angela’s mental state.

To be fair, that was kind of the point of the movie it feels, since Kimi is a huge plot device that turns Angela’s world upside down when she stumbles upon something she wasn’t supposed to hear. It’s easy to give the character credit for wanting to do the right thing, but by this time it’s simply too easy to not like her thanks to the lack of social graces that she exhibits early on. It’s even less possible to believe the villains since they appear to have come straight from a cartoon, meaning that they’re goofy, they’re ridiculous, and they appear to have read the ‘how to kidnap someone for Dummies’ right before they decided to try and take Angela unawares.

In short, this movie had a great chance to be something chilling and could have created a true feeling of paranoia in the audience. But in the end, it fizzled out more than a little since Angela was given a fighting chance when Buzz McAllister, aka Devin Ratray, decided to step up and confront her attackers. At this point, had the villains been any better at their job, Angela and Kevin (Ratray) would have been dead, and the file that had started all of this would have been erased. This is why praising Soderbergh along with everyone else is a little tough at this point, since this psychological thriller kind of boils down to a comic book ending in which the bad guys are dead because the flawed protagonist suddenly steps up and acts like a badass, and then is perfectly okay in the final scene as she meets her love interest and shows no sign of her crippling anxiety before the credits roll.