Home
Movies
Horror
Movie Review: I Am A Ghost 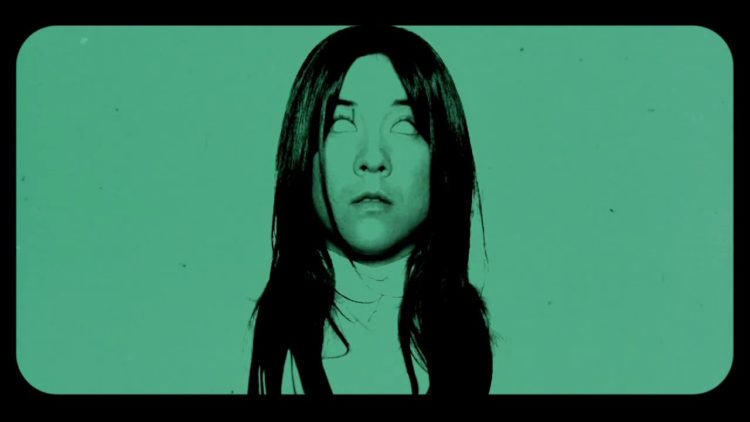 A ghost needing a therapist is kind of a hard picture to envision since it’s not something that’s typically seen in anything but a spoof movie. But I Am A Ghost at least operates on the idea that the main character comes to understand that she is a ghost and that for one reason or another, she’s trapped inside the same home she lived in for so long. When a clairvoyant by the name of Sylvia tries to guide the spirit, Emily, into the afterlife, things take on the appearance of a time loop as Emily finds herself doing the same things over and over throughout the movie, creating a continual chain of events that can leave a person wondering why they keep watching and what might happen at any given moment since, at certain points in the movie, Emily does manage to notice various sounds and pieces of her story as they continue to roll forward. Once Sylvia makes contact with Emily and explains what’s going on, things begin to unravel a bit as Emily begins to remember a few things throughout her life that eventually led to her being trapped in the house with no memory of how or why.

Eventually, though, the movie does delve into the idea that she can’t leave until she’s a complete spirit, which is to say that she’s been divided and that her darker half is keeping her from moving on to the afterlife. The act of reuniting with her darker half becomes a difficult proposition however since Emily is easily frightened and resistant to the idea of moving on for a while. Watching this movie is confusing as hell for a while, but it irons itself out at one point, and then it becomes a question of whether or not a person wants to watch until the end or if they’ve had enough and want to find something else to watch.

That sounds mean, doesn’t it? Or maybe it sounds a little too cynical, but horror and thrill movies tend to differentiate in a big way when it comes to the subject matter. When some folks hear the term ‘ghost story’ they might think of a haunting or something ominous and creepy. The creepiest this movie gets is near the end when it comes to Emily confronting her darker half and finding a way to unite and finally reach the afterlife. Up until then, it’s a great deal of repetition, which might bore or frighten people depending on what they’re thinking about and whether or not they manage to understand the imagery that’s being used. One thing that this movie does rely on quite a bit is the type of imagery that isn’t always as obvious as it could be, but is still important to the story and needs to be comprehended to make everything make sense. But if a person manages to get to the end of this movie without turning it off or falling asleep then they should be able to recognize what everything meant when all is said and done. As a Shudder movie, it’s one of those that people might expect a lot from, but it’s fair to say that a lot of people might have wondered when the movie was going to end.

It is important to note that the movie has won a few awards in its time and was created on a $10k budget, so it’s not meant to be a humongous blockbuster event that was bound to pull in massive numbers of people. But some critics have given their thoughts on this movie and what it meant. Some think that it was artfully done and struck the senses in a very cerebral to visceral manner, while others stated that it was a cheaply made dumpster fire that wasn’t worth the effort. From one extreme to the other, this movie is something that might bear watching at least once just to see if it happens to strike the audience in a certain way, or if it’s really an attempt that was more important to the creator than to anyone else. Perception is key after all, and it’s important to realize that this movie was someone’s heart and soul, maybe, and does deserve at least some respect.

Barring that, this movie does kind of fall short of what’s usually expected of a ghost story, since Emily’s plight is interesting enough that it might have worked had it gone anywhere or revealed a seriously demented secret. But the banality of the story and even the final reveal of the evil spirit kind of leaves this story flat. Had it taken a different angle or perhaps revealed a little more about the characters, it could have worked in a much more convincing way. As it is, this movie is worth looking at, but only so far as is needed to figure out what it’s about.