Home
Movies
Horror
Should ‘Silent Hill’ Get a Reboot? 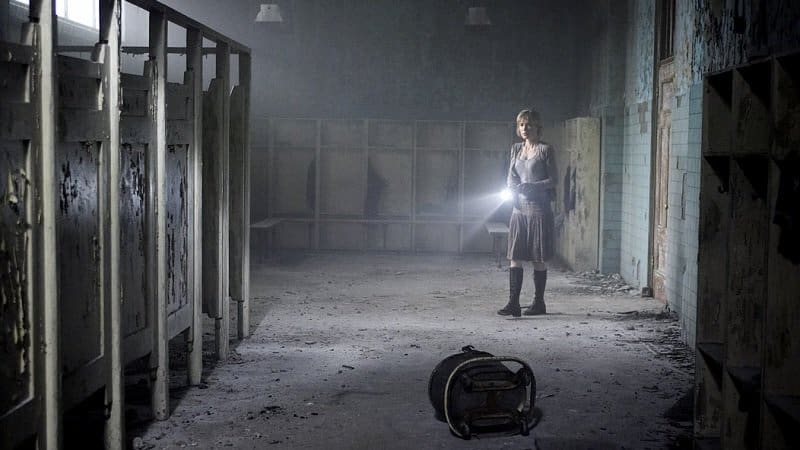 At the moment it would appear that the Silent Hill reboot is more of a rumor than a reality, but if this horror story does make it back to the small screen it sounds as though it could become a series rather than another movie. That might actually be beneficial since the last movie on record wasn’t really a huge blockbuster, even though it did make its budget back and more. The idea of Silent Hill tends to be a little more popular than the movie at this point, and the games have definitely gained more attention than the movies since obviously, they’re able to deliver more information and more thrills and chills than the movies, which can only show so much within their time frame. That is the unfortunate drawback of any movie that’s based on or around a video game since one has to remember that when it comes to gaming, there are typically hours upon hours of discovery and storytelling in the majority of video games since playing anything that lasts for an hour or less likely means that you’re playing a fighting game or something that’s easy to test but doesn’t require days to unlock one part of the game or another.

Movies don’t tend to work like this since the three-act system usually requires that the movie progress from one point to another while unveiling one plot point after another until the audience is gasping as they realize what really happened and why. The first movie that came out was downright terrifying since people hadn’t seen it on the big screen before, but a lot of critics and fans managed to point out a number of inaccuracies and changes that didn’t appear to mesh with the overall story. In some ways, it’s kind of amusing to think that anyone would notice such a thing since the transition to the big or small screen for a video game isn’t always a smooth one. Silent Hill did have kind of a slow start, but it built up in a way that was at least a little bit impressive since by the time the mother and daughter duo reached the town things were taking a disturbing turn.

The first movie wasn’t as terrible as critics made it out to be, since some fans might agree that it was pretty creepy in a number of ways and became the stuff that nightmares are made of, especially when it came to the knife-wielding nurses. The reality-bending powers of the fragmented being that was formerly Alessa become increasingly terrifying as it’s revealed that the Brethren, those that still remain in the foggy realm of Silent Hill that came to be when Dark Alessa took hold of the place, are still very active. What was kind of interesting was how Sharon, who turns out to be the innocent side of Alessa (it can get confusing unless you watch the movie or play the game) is being drawn to Silent Hill, almost as though Alessa was ready to reunite her mind and body as one. The carnage that results though is enough to be called stomach-churning since when the darkness takes hold and the dreaded Pyramid-headed demon emerges, things go from uncertain to dangerous to absolutely lethal. Watching someone have their skin ripped completely off, as happens to one of the Brethren that breaks ranks and helps Rose, was definitely enough to excite horror fans.

But does this movie deserve a remake or a reboot? That’s a good question really since the story itself is compelling and deserves another look, and the movie wasn’t really that terrible, to be honest. It was when Revelation came along that things kind of went off the rails. The second movie had the benefit of a star-studded cast, but it didn’t have the same impact to it, as Revelations really felt as though it was trying to stretch a little too far past the first movie in an attempt to outdo it. Obviously, this is the goal with a second movie since it kind of has to reach for the stars so to speak in order to be noticed. But Revelations didn’t really do justice to the Silent Hill name for several reasons and fell a little bit flat.

Trying to justify a reboot of this movie might be kind of tough since the first one actually did fairly well and doesn’t appear to need any touch-ups, though this would likely be up for debate. But a continuation, another movie, might be kind of interesting to see how far the idea can be pushed, and if it can be salvaged after Revelations. A series could possibly work, so long as the tension was kept as tight as it could go without ruining the story and turning people off. But otherwise, the original movie feels sound enough even with whatever inaccuracies were created.