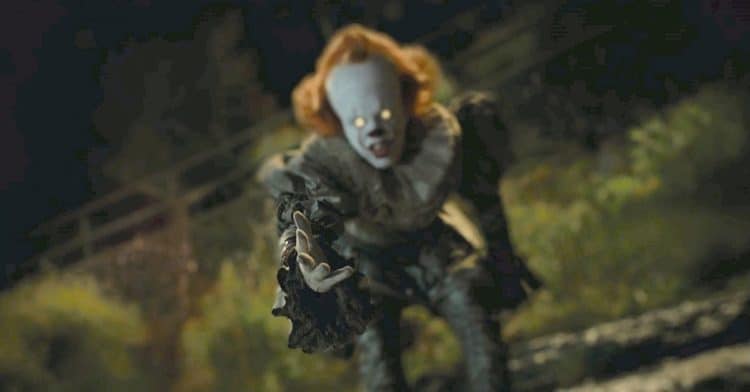 It’s usually seen that when the monster in a horror story dies or at least gets driven off and convinced to leave the protagonists alone, that life sooner or later gets better. In some movies, however, the killer is never fully vanquished since they’re either armed with the type of plot armor that keeps them from being eliminated, such as being the personification of evil or being immortal. The latter category is what Pennywise the Clown from It falls into since the many disguises that the creature wears are little more than masks to hide away the truth of the creature that lies beneath. This kind of brings up the idea that maybe, just maybe, Pennywise didn’t really die in the second chapter of It, but instead executed a strategic retreat. There’s no doubt that the creature was wounded and even put on its heels, but to think that it would be so easily defeated isn’t just a horrible ending, it’s incredibly naive to think that something as ancient as this creature would be able to fall so easily. There is a reason for this when one thinks about it.

When thinking of how long the creature had been in the region, since before Derry was ever thought up, and before the indigenous folks that inhabited the land had ever shown up, it stands to reason that the creature was either already incredibly intelligent, or would evolve throughout the years. That includes the idea that it would have found a way to shore up any perceived weaknesses that might have possibly been exposed over time. To be honest, thinking that there was never an individual or group of people with the shared problem that would come up with a way to destroy the creature, or at least combat it, creates a huge plot hole that has never been filled. Something so incredibly old and so skilled at killing would have been noticed, or it would have become incredibly intelligent. The creature might have even been skilled enough to fake its own death more than a few times.

Arrogance is a big failing of the creature without any doubt since the type of superiority that it had mastered over generations was great enough that the world outside of Derry had labeled it as a place of note thanks to the missing kids, but those living within its borders didn’t appear fazed by this in the least. That is, those that were under the creature’s control since it’s very easy to see in the movie and the 1990 miniseries that Pennywise had a hold over the town that not only made them ignore their town’s reputation but also made them indifferent to the suffering of several of their own citizens. The fact that so many kids had gone missing and there was no great public outcry is more evidence that the creature had a serious hold over Derry. But the fact that the creature had such a hold makes it hard to think that it wasn’t so deeply rooted in the town that it wouldn’t have a contingency in place that would take place in the unlikely event of its death. But maybe it did.

In the book, Pennywise’s death was devastating to the town when the clown died, and it was mentioned that the Losers who had survived stomped on every egg they found to ensure that the creature wouldn’t live in any possible way again. But what if they missed one? What if the omission of this detail in the reboot means that there is some way that the creature would survive? Pennywise is indeed capable of dying, but it’s also worth noting that the creature is great at showing people what they want to see, and what it wants them to see. Wouldn’t it be possible for the creature to show the Loser’s Club exactly what they wanted? This comes on the heels of thinking that a being that was old before Derry was even constructed could be defeated by a small group of humans that it had fixated on is kind of ridiculous. People have given their thoughts on this since the ending of It: Chapter Two was more or less hard to take after the buildup that had been given. But again, the arrogance of the creature isn’t hard to note.

At the same time, heading back to the original argument, Pennywise is a creature that is so far beyond humanity in terms of power and likely intelligence that thinking of it as a beast with a tendency to let go of those untold years of wisdom to indulge in a game that carries such a high risk is hard to believe. There’s no doubt that it fixated on the Loser’s Club, but what is there to say that there wasn’t another group, or several groups, in the past that had attempted what the Loser’s had, and failed? Overconfidence might have led to the surprise defeat, but if it led to his actual death it would be surprising. Instead, it might have been an elaborate ruse to throw people off, to make them think that it was dead. Once the Losers left or thought they were safe, then Pennywise might come back and really dish out the pain. Seriously, getting Stephen King’s permission and blessing to try such a thing would be a worthwhile goal.