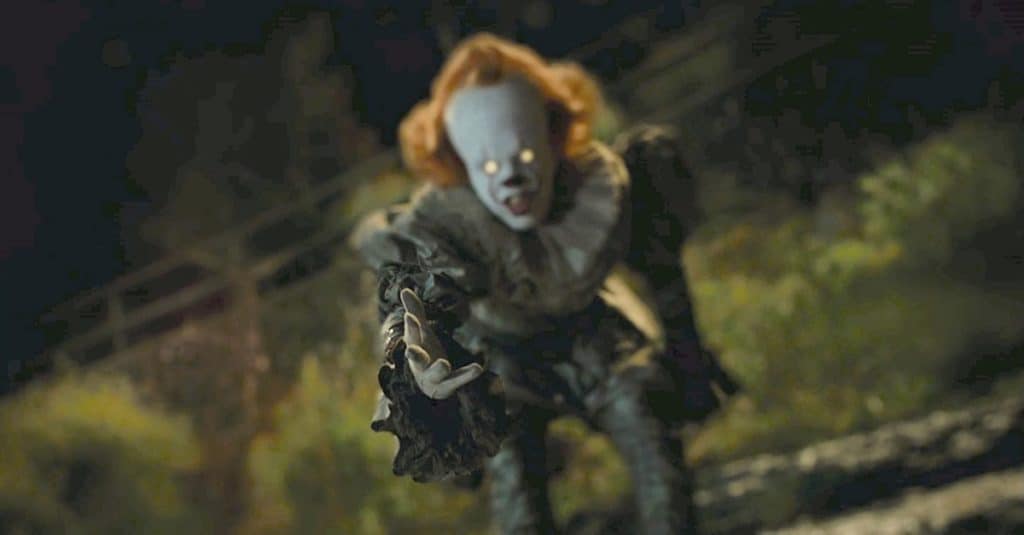 It would be great to think that Pennywise was actually taken out in the end of IT: Chapter Two, even if this raised a lot of confused and conflicted feelings among the fans that were hoping for something far more satisfying than the book or the miniseries. But alas, we were given a version in which the Losers out-bullied one of the most dangerous bullies in the known universe. Seriously, who in the world is still willing to buy that Pennywise, an ancient creature, that feeds on fear and has been around long enough to know how to take down its prey in so many different ways, would fail in such an utterly ridiculous manner? They shamed him for crying out loud, a creature that could have killed them all in one fell swoop had it not been playing around so much. Obviously fear was the ultimate aphrodisiac for this thing and made its victims taste that much sweeter, but the way the creature went about it was almost like watching someone dumping an entire salt shaker on their steak before finally deciding that it had enough and it was time to feast. And of course, at that point the meal that Pennywise was expecting decided to fight back and found the one weakness that the dreaded clown and the thing behind it couldn’t withstand, a severe blow to its ego. But what if that was just a ruse? What if Pennywise isn’t really dead?

To be honest, as a writer, yes I am still looking at this and wondering what King was thinking. The power of words is quite real, but in the face of a murderous creature that delights in ripping people apart and does so with impunity since it’s basically infested the town it would seem as though hurting it with words is a bit pedestrian. Laura Bradley from Vanity Fair has more to say on this. In all likelihood the truth is that Pennywise should have been feasting the moment the Losers stepped into its main chamber, and then gone on to enjoy its run for every 27 years thereafter. But we have to have a happy ending without that much sacrifice, don’t we? It could be argued that we had sacrifice, that Stan and Eddie gave their lives for a higher purpose, and that’s hard to argue with. But it could also be claimed that Stephen King, as much as I love the author’s writing, gets a bit lazy now and then like anyone else and simply tacks an ending onto a book to get through it. That’s why the theory that Pennywise could still be alive is so interesting, since something with that kind of lifespan, that kind of capacity to learn and evolve and grow along with its prey, could definitely come up with a defense throughout all those years that would keep its precious ego intact and therefore negate any attempt to harm it with words.

Otherwise the chaotic bent of the universe that allows this to be a thing is proof that there’s no justice, cosmic, karmic, or otherwise. From a logical standpoint, which is not my forte to be clear, Pennywise should have by all means been able to take on the Losers as adults and as kids and been able to take them out either time. It was said in the first movie that Beverly wasn’t afraid of Pennywise, which is all well and good, but this is where the writer hampers the chaos in his own story, he limits the bad guy in order for the protagonists to even have a chance. True, King made the creature limit itself in a way by forcing upon it an ego that could be harmed and the need to feed on fear, but the chaotic and maniacal bent the character still had should have been enough to push the envelope and give the Losers a real run for their money, as it did in the book.

In the book it’s actually interesting to note that when the Losers find the eggs that were missing in the movie they broke all of them, or at least believed they did, after killing the creature. But again, Pennywise is something that’s been around long enough to know that the odds are bound to change eventually, and despite being impulsive and given over to vanity can’t possibly be so dumb as to not have a failsafe or backup plan. So it stands to reason that while it gave the Losers a good show of being hurt, wounded, and even dying in the first movie, it may very well have done the same thing in the second movie, ‘disappearing’ into nothing as it were after they’d effectively crippled it. Just think, the next time It came back none of them might be there, which would be ideal since the cycle could start all over again, only this time in a much different and more devastating manner. Adrienne Tyler of ScreenRant has more to add to this idea.