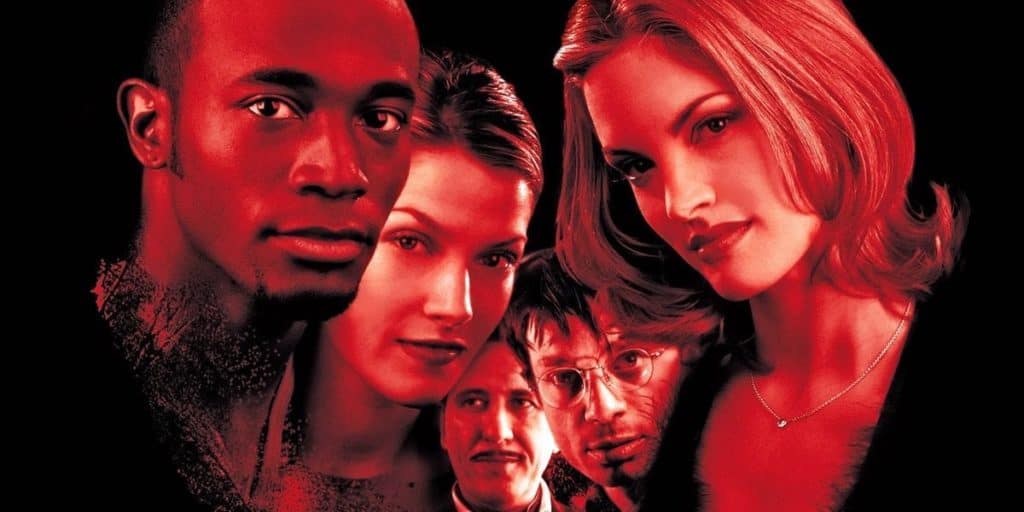 Let’s put this out there quickly so no one can argue that we’re saying this was a ‘good’ movie. The House on Haunted Hill remake with Geoffrey Rush and several others was executed in a very silly and over-the-top, let’s scare the crap out of people manner. But it could have been so much more. When the original with Vincent Price came out decades ago it was considered absolutely horrifying, and one would have expected that the remake would have been every bit as bizarre and horrifying as the first movie. Unfortunately the cast and the manner in which it was directed and filmed kind of put a stop to the masterful horror story that it could have been. While the first story took place in a mansion, which can be unique and creepy when one looks at it, the remake took place in an abandoned hospital that housed the criminally insane. The doctor that ran the place was a homicidal maniac, and the individuals that participated in the story were fairly stereotypical individuals that were either down on their luck or were plants that were there to shake things up.

This could have been a great story that would have left people sleeping with the lights on since the idea of an abandoned mental hospital is something that sends a shudder down the spines of many people, especially when the place is infested with murderous spirits. Be honest if you’ve seen the movie, but when Melissa Marr, played by Bridgette Wilson, saw the insane doctor and his assistants through the viewscreen of her camcorder, and they looked up to see her, there was a tingle down your spine since this was one of the moments in the movie that was actually terrifying. The rest of it was pretty goofy with some good parts sprinkled in to make sure that people would keep watching, but there was a lot of opportunity in this movie had the director gone on to take advantage of it.

Perhaps it was the attempt at comedy here and there in the movie that didn’t really play out as well as it could have. The cast wasn’t exactly top tier at the time, though some of them were well-accomplished and had plenty of clout in Hollywood. But thinking Ali Larter, Taye Diggs, and several others as blockbuster-level stars when this movie hit was being a little optimistic since every star in this movie was good at what they did, but somehow they didn’t come together as a cohesive unit in a way that might have made a lot of sense. The story is sound enough without needing to be completely redone, but there are moments here and there that might need to be touched up if anyone ever fancies another go at it. There was a sequel made after the remake, but things only managed to become more insane and less entertaining since it was more about the gore and less about the actual storyline that brought the movie back in the first place. Plus, the idea of an idol giving off the power that the spirits needed to manifest in so many ways was kind of, well, hokey.

To say this movie started going downhill quickly is fair, but to say that it was complete garbage is inaccurate since there are plenty of moments that could have been lauded for being great enough to keep the idea alive and to possibly give someone an idea to come up with another remake that might actually be terrifying enough to cause mental trauma in some folks. Okay, maybe not that hardcore, but definitely scary enough to keep people up at night after watching it. Movies about ghosts and malevolent spirits are usually prone to being seen as silly and even kind of ridiculous, but there are times when an idea is great enough that it could be brought back if someone were capable of taking it and finding a way to keep the meat of the story and work on the trimmings. That might sound a bit macabre given the subject matter of this tale, but at the same time, it’s accurate enough that it cuts right to the point.

The House on Haunted Hill remake didn’t really suffer when it came to the overall plot, but there were simply too many moments that could have been done better, and felt as though they were either rushed or missed the mark they were aiming for when it came time to film them. The actors weren’t horrible, but the manner in which their characters were used could have been better. But if one is capable of looking past all the nonsense, there’s a very compelling story there that stems from the maniacal residue that’s left behind in ghost form and is etched into every surface.