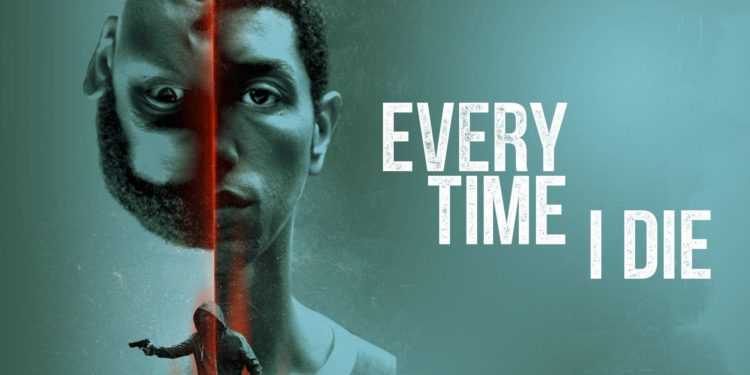 Saying all that much about this movie might be easy for those that want to dig into the deeper meaning behind it, and the possibility that people weren’t really seeing everything that was there. But one thing that’s very easy to say is that it takes a while to really get going, and once it does the movie feels like a mad rush to the finish, as the main character’s death escalates things to a degree that keeps the story moving until it hits a snag near the end. Bring to mind the effort it takes to cycle up a long hill, only to coast down a shorter hill on the other side that eventually evens out before ascending in a slow rise once again. In other words, it takes a while to get into this movie, and while it becomes swift-moving at one part, it bottoms out and becomes a drag once again. Saying that it’s worth it to stick around and see things develop is kind of inaccurate, but if one enjoys the drama portion of the movie then they might feel the need to see where it all leads.

Apart from that, the story of Sam, the main character, is one that plays out in a manner that’s not hard to follow but is used to punctuate his life and how the movie is shaped at certain points in the movie. As a paramedic, Sam is the type of guy that’s a bit quiet and reserved, but also is determined to save as many lives as he can. His friend Jay is a little more resigned to the idea that people die and they can’t save them all, but then Jay is also the type that tends to believe that better living through chemistry isn’t such a bad thing.

When Jay invites Sam to a weekend retreat for his birthday, things get a bit complicated as it means that Sam will be around Jay’s sister-in-law, Mia, with who he’s been having an affair, and that her military vet husband, Tyler, will be there was well. The term ‘awkward’ doesn’t even begin to describe this setup since Sam makes it clear that he’s not the type of individual that’s bound to just walk away from his feelings toward Mia. Unfortunately, this means that he makes too many mistakes while at the retreat, and even suffers a blackout, which is just one of many he’s endured since childhood. He even reveals that he had a sister when he was younger and that he killed her. The truth of this begins to come out during the movie as Sam’s memories continue to be shown, as he and his sister are revealed as children before her fateful fall from a cliff face. Back in the present time, Sam is told to leave by Mia and sets out to do so the morning after she says this. Unfortunately, he feels the need to peer into Mia and Tyler’s bedroom first, watching Mia sleep, but suddenly realizing that Tyler is awake, and has seen him peeping through the doorway. As Sam is driving away from the house he has another episode before he’s brought back to the present as Tyler has decided to chase him down in his truck.

Tyler confronts Sam about the affair, holding a gun to his head, but Sam manages to escape, making his way to the lake nearby where Tyler catches up to him and beats him to death. What follows after this is possession or out-of-body story that is quick and to the point as Sam’s spirit enters Jay after making his way through a shifting tunnel with a light at the end of it. When he wakes up, he finds that he’s in bed next to Poppy, Mia’s sister, at which point he ends up finding that he’s in the body of his friend, Jay. Things escalate quickly from there as Jay/Sam rushes into Mia and Tyler’s room, where Mia is still in bed, and begins to talk about his own murder, thoroughly confusing and frightening the women as Tyler then reappears. It doesn’t take long for Jay to convince Tyler that what he’s saying is true, at which point Tyler kills Jay and claims that it was a suicide.

Sam’s spirit is blown off Jay’s body from the shot, but then enters Poppy, and Sam does his best to convince Mia of what’s going on, He backs into Tyler with a car before Poppy/Sam and Mia take off, leaving Tyler behind. They make their way to where Sam was killed by Tyler, only for Tyler to show up and stalk them again as Poppy/Sam tells her to go. Tyler gives chase in his truck, not noticing that Poppy/Sam hid under a tarp in the back, where Tyler has hidden Sam’s body. When Poppy/Sam drives a pickaxe through the window and into Tyler’s shoulder, however, the truck veers off the road into the lake, where Sam is once again forced to leave a body as Poppy drowns. The revelation of how he was plagued with survivor’s guilt or at least convinced of it when he was younger, comes into play again as memories of his family and how his mother sat with his dying sister in the hospital come to mind. In the end, however, he finds himself in Tyler’s body and ends up saving Poppy’s life before he collapses. All in all, it’s a strange movie that’s not hard to figure out, but definitely needs a bit of help with the pacing.